Cristiano Ronaldo inspires everyone, he is on another level: Virat Kohli

Kohli is currently in the US where India will be playing two of its three T20Is against the West Indies starting Saturday. 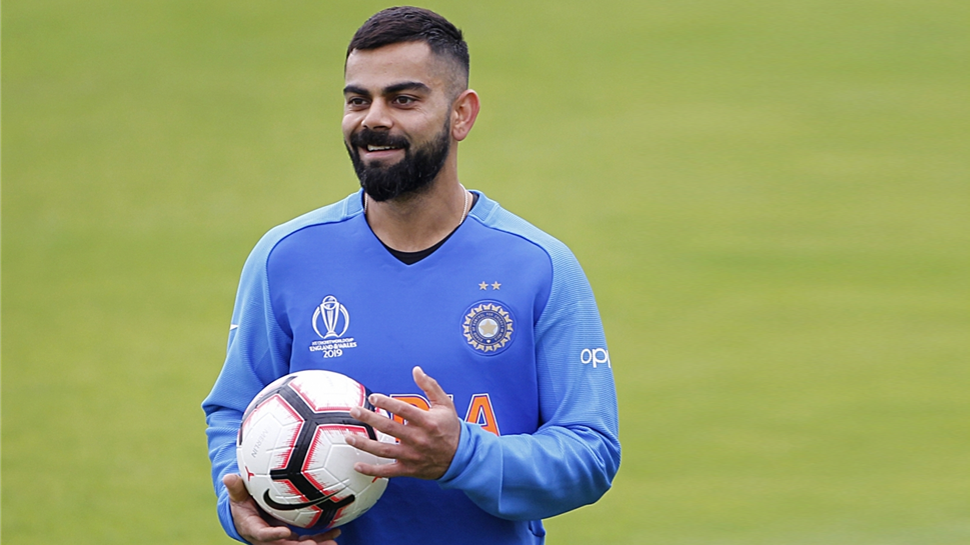 New Delhi: It`s no secret that Indian cricket team skipper Virat Kohli is a great football fan. Time and again, he has been seen talking about football and how he loves the game, apart from cricket where he excels.

Kohli is a big source of inspiration for many, not only in India but across the world for his athleticism and the passion with which he plays the game of cricket.

However, star footballer Cristiano Ronaldo is among many sports personalities from whom the India captain draws inspiration.

In an interview with FIFA.com, Kohli revealed Ronaldo is his all-time favourite footballer.

"For me, Cristiano is above everyone else. His commitment and work ethic is unmatched. He wants it that bad -- you can see it every game," said Kohli.

The 30-year-old further said that for him, Ronaldo has had a better career than Argentine great Lionel Messi.

"In my opinion, he (Ronaldo) has taken on more challenges and succeeded at all of them. He`s the most complete player I have seen, and his work ethic, as I mentioned, is unmatched. He inspires people. I don`t think many people do that. He`s also a leader and I love that. Absolutely love it. He has amazing belief too," said Kohli.

Kohli, who was placed on seventh on ESPN`s World Fame 100 this year, believes Mbappe will take over as the best footballer in the years to come.

"Mbappe stands out for me. His sprint in the 2018 World Cup against Argentina is hard to forget. He`s a beast and he will definitely be at the top of the pile for me. (He is) Absolutely a top-class player," Kohli said.

Kohli is currently in the US where India will be playing two of its three T20Is against the West Indies starting Saturday.