Gill was included in the Indian Test squad for a three-match series against South Africa, which the hosts went on to win by 3-0. 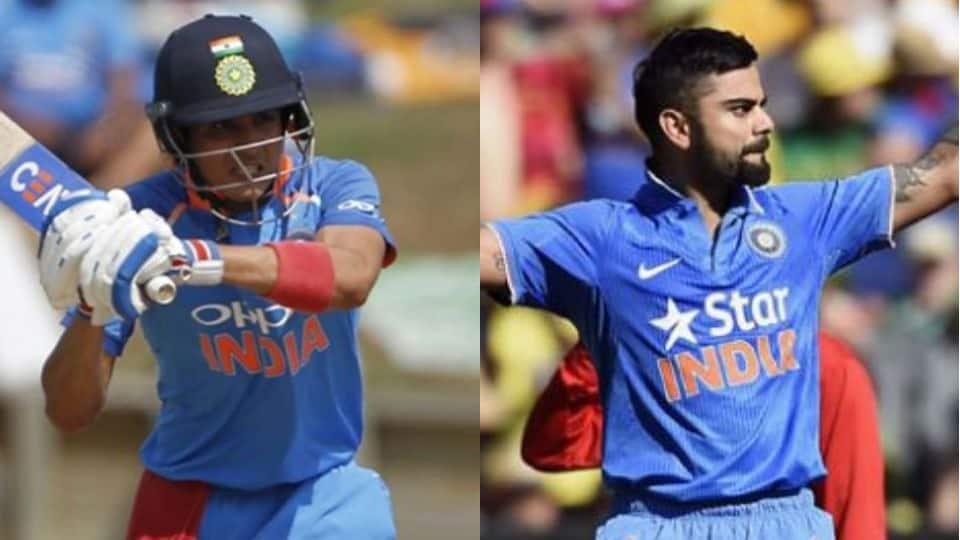 Top-order batsman Shubman Gill on Monday created history as he broke Indian skipper Virat Kohli's 10-year-old record to become the youngest captain to guide a side to the final of the Deodhar Trophy.

Gill achieved the feat when he led India C in the summit showdown of the 47th edition of the tournament against India B at the JSCA International Stadium Complex in Ranchi.

While Gill led a side in the final of the tournament at the age of only 20 years and 57 days old, Indian skipper Kohli had captained North Zone in the Deodhar Trophy final when he was just 21 years and 142 days old in 2009.

The young right-hander, however, failed to click with the bat in the summit showdown and was caught for just one run by Yashasvi Jaiswal on a Mohammed Siraj delivery.

Opting to bat first, all-rounder Kedar Jadhav smashed a blistering knock of 86 runs while Yashasvi Jaiswal (54) and Vijay Shankar (45) also made significant contributions with the bat to guide India B to a score of 283/7.

Pacer Ishan Porel was the pick of the bowlers for India C as he finished with the brilliant figures of five for 43 in his 10 overs.

In reply, Priyam Garg's crucial 74-run knock went in vain as India B bowlers restricted the Gill-led side to 232 for nine in their stipulated 50 overs.

Shahbaz Nadeem bagged four wickets while giving away 32 runs, while Mohammed Siraj and Roosh Kalaria chipped in with two and a wicket, respectively.

Earlier, Gill was included in the Indian Test squad for a three-match series against South Africa, which the hosts went on to win by 3-0.

We failed to execute our skills properly: Rohit Sharma after losing to Bangladesh