The Indian women's hockey team arrived here on Tuesday after a successful campaign at the FIH Women's Series Finals Hiroshima, 2019. 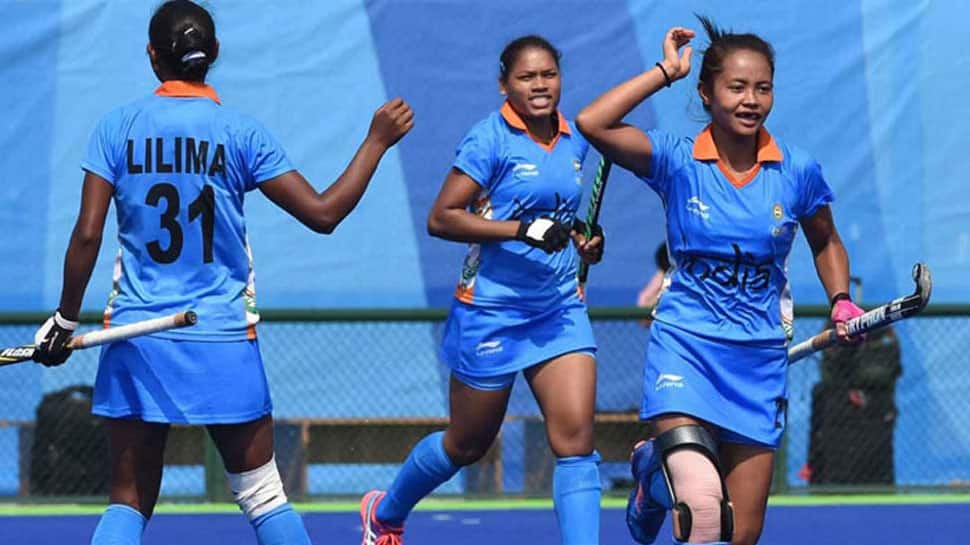 The team led by striker Rani remained unbeaten and won matches against Uruguay (4-1), Poland (5-0), Fiji (11-0) in the round robin matches and registered a 4-2 win against Chile in the semi-finals followed by a convincing 3-1 victory against home team Japan in the final.

"We had lost to Japan in the 18th Asian Games final last year and had to settle for the Silver Medal. This win against them, beating Japan in their home ground was like a sweet revenge," Rani told the media upon the teams arrival.

"The only thing I told the girls before the final was that, we should not have any regret after the final or ever feel that we could have played better. We came here for 500 ranking points so we need to play as a team with all our heart and ensure we succeed," she added.

Having won this tournament with full gumption, Rani and her team are hopeful of playing the Olympic qualifying event later this year in front of a home crowd.

"Having won this tournament, our chances of playing in front of a home crowd and having that home advantage is realistic and we have waited for this moment for a very long time. The last time Indian women played in front of a home crowd was in the 2012 Hockey World League Round 2 in New Delhi and many of the players from the current team are eager to play at home for the first time," stated an elated Rani.

During the tournament, the team was faced with challenges not only on the field but off the field as well, when they learned of the sad demise of striker Lalremsiami's father.

"This happened just before our semi-final against Chile. The mood in the team changed from being excited about the semis to being grim. It was important we lifted ourselves from this tragedy and gave emotional support to Lalremsiami. She chose to stay on and play the semi-final and final as it was her father's wish to see the Indian team qualify for the Olympics. We are now one step away from making this dream come true and we will remain focused on this goal," Rani asserted.

The team will return to national coaching camp in SAI, Bengaluru on July 15 for the preparations for Olympic test event in Japan.