While MS Dhoni did not show a single emotion, the spectators at the stadium couldn’t hold back their tears. While a fangirl was spotted crying after Dhoni won it, CSK skipper’s wife Sakshi – who was at the venue – also could not control her tears. 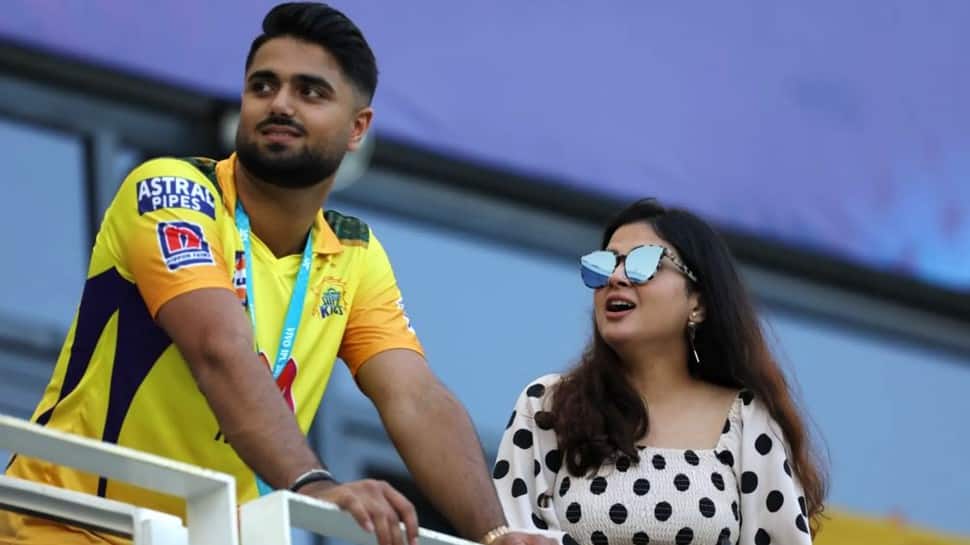 The Indian Premier League (IPL) has been a roller-coaster ride for MS Dhoni over the last couple of years. In 2020, Dhoni-led Chennai Super Kings failed to reach the Playoffs for the first time in their history. Now in IPL 2021, it is Dhoni who has powered CSK into the finals – the first team to qualify for the summit clash this season.

Dhoni, who had a modest season till date, chose to promote himself in the batting order against Delhi Capitals in the IPL 2021 Qualifier 1 and clobbered a match-winning 18 off six balls. While Dhoni did not show a single emotion, the spectators at the stadium couldn’t hold back their tears. While a fangirl was spotted crying after Dhoni won it, CSK skipper’s wife Sakshi – who was at the venue – also could not control her tears. Sakshi had the company of her daughter Ziva, who was also elated after the win.

Dhoni, who is well past his prime, showed that he still had the nerves at 40. His six-ball 18 did the job in the end.

Here is how Sakshi reacted:

As expected, social media went berserk after Dhoni’s heroics. In the final over from Tom Curran, Dhoni pounced on a half-tracker and hit it over covers to bring the equation to nine off four balls. Then he found himself lucky with an inside edge that went for another boundary. The two boundaries got Curran nervous who bowled a wide.

And then finally, Dhoni smashed a short ball towards mid-wicket for a boundary and CSK had won by four wickets.

“It was a crucial innings. They were using the bigger boundary very well. Nothing special, just watch the ball and hit the ball. I haven’t done a lot in the tournament. So you want to get that out of the system. If you are batting well in the nets, just look for the ball, what are the variations, where the bowler could bowl. Other than that there was nothing much in the mind,” Dhoni said at the post-match presentation.

MS Dhoni one of the greatest finisher of the game, says Ricky Ponting