Game 23 of the ICC Cricket World Cup 2019 is a must-win for both West Indies and Bangladesh, teams whose campaigns have hit the skids after a strong start. Both teams have three points from four matches, one of which came from their respective washouts. 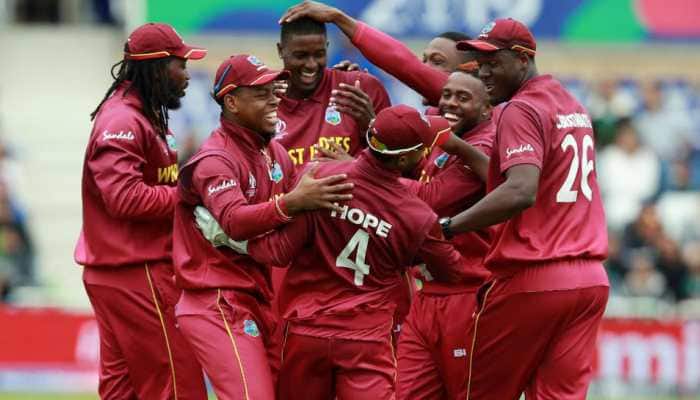 Taunton: Game 23 of the ICC Cricket World Cup 2019 is a must-win for both West Indies and Bangladesh, teams whose campaigns have hit the skids after a strong start. Both teams have three points from four matches, one of which came from their respective washouts.

Needing to gain on the leaderboard to stay in content for the World Cup semi-finals, West Indies and Bangladesh will extend their frequent association in Taunton on Monday seeking to stay alive in the tournament.

Mashrafe Mortaza‘s team should take some degree of confidence from their recent ODI record against West Indies. In 2018, they won series 2-1 home and away, and just before the World Cup began, Bangladesh defeated their opponents in three straight games in a tri-series in Ireland, the last of which won them the trophy.

In both these contests, the success of Bangladesh’s batsmen against West Indies’ pace attack, in particular when the short deliveries were used, is where this match could be decided. Bangladesh’s main batsmen all underwent a series of short-pitched bowling in their two net sessions in Taunton, in full anticipation of what Jason Holder, Sheldon Cottrell, Oshane Thomas, Shannon Gabriel, Kemar Roach and Andre Russell – who is looking doubtful for this match – can try to bully them with.

West Indies also have a weakness against quality spin, which is where Bangladesh could also edge ahead. Barring Shai Hope, who has played Bangladesh’s spinners with ease in his ODI career, the others have all been picked out at some points in their recent contests.

Of course, not everyone will look back at recent results to predict a clear favourite, but the truth is that Bangladesh have done a number on West Indies several times and have players – chiefly the opener Soumya Sarkar and wicketkeeper Mushfiqur Rahim – who can look back at very good performances versus them.

A win for either team can lift them to fourth place on the World Cup table.

What: West Indies vs Bangladesh

Weather: Monday is predicted to be mostly cloudy, with a temperature between 14 and 18 degrees.

Russell did not train at the County Ground on Sunday, and Jason Holder said that a call on his availability will be taken on match morning. Should Russell be ruled out, Fabian Allen or Ashley Nurse could step in. Darren Bravo, who did not play the last match, may get a look-in in place of Evin Lewis. Lewis was hit while batting in the nets Sunday, but Holder said it was just a bruise and that he should be fine.

Mushfiqur’s shoulder injury is not expected to keep him out. Mortaza termed him “totally fine” after he underwent an x-ray and MRI scan, and said that Mushfiqur does not have any issues at the moment. A few players have niggles, but as Mortaza said in Bristol and here in Taunton, that is something Bangladesh have been dealing with for a while. There could be a swap with Mohammad Mithun, who bagged a duck in the last game, dropped for Liton Das.

The surface for Monday’s game looks a pretty good batting track, with a smattering of green cover on it. The two matches played here in the tournament saw Australia bowl out Afghanistan for 172 and then cruise to victory in 32.1 over, and then post 307 against Pakistan and win by 41 runs.

Over the last two years, Bangladesh have a 7-2 record against West Indies in ODIs. Neither team has played a match in Taunton.

In the last three years, Hope averages 94.57 in nine ODIs against Bangladesh. He has scored three centuries and three fifties.

“It’s quite a good stage to pick up momentum as well. And we’re full confidence that we can do it. We’ve just got to take it game by game. Tomorrow is a challenge against Bangladesh, and we just want to get over Bangladesh and move forward.” – Holder

“Still have five matches left. So you never know. So you don’t have to think all those five matches. Tomorrow’s match is very important. We have to take one by one.” – Mortaza