The Virat Kohli-led side displayed some good brand of cricket and achieved stupendous success in all the three formats of the game in 2019. 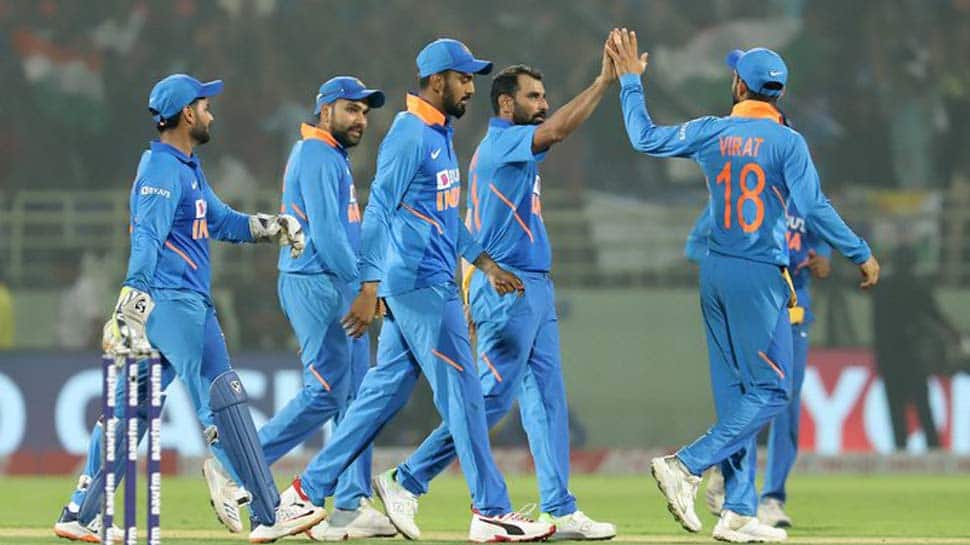 2019 was a remarkable year for Indian cricket. From clinching their first-ever Test series in Australia to making it to the semi-finals of the International Cricket Council (ICC) World Cup, 2019 has been a year to cherish for the fans of the Men in Blue.

The Virat Kohli-led side displayed some good brand of cricket and achieved stupendous success in all the three formats of the game.

For the fourth time in a row, the Indian skipper finished with most international runs in a calendar year with a total of 2,455 runs across formats. He also broke a flurry of records in the process such as becoming the first-ever captain to guide India to Test series win on Australian soil as well as becoming the Indian with most double centuries in the longest format of the game.

Just like Kohli, star opener Rohit Sharma too continued to pile the mountain of runs during the year and snapped significant records in the process. Sharma finished as the second-highest Indian run-scorer in 2019 with 2,442 runs and broke Sri Lankan legend Sanath Jayasuriya's 1997 run-tally of most international runs as an opener in a calendar year.

As the end of 2019 is approaching, let us have a look back at some of the major highlights from the Indian cricketing season:

Virat Kohli-led India clinched their first-ever three-match ODI series win against Australia Down Under in January 2019. Australia kicked off the series with a 34-run win over the Men in Blue, despite opener Rohit Sharma's blistering 133-run knock in India's chase of 289.

In the second ODI, the Indian skipper led from the front as he scored a knock of 104 runs to help India chase down the target with four balls to spare and clinch a series-leveling six-wicket win over Australia at the Adelaide Oval.

The Men in Blue continued their momentum in the third and final match to record a seven-wicket win and clinch their first-ever bilateral ODI series win Down Under.

Wicketkeeper-batsman Mahendra Singh Dhoni and Kedar Jadhav played crucial unbeaten knocks of 87 and 61, respectively to help the visitors chase down the target of 234 runs in 49.2 overs at the Melbourne Cricket Ground (MCG).

With the win, Kohli also became the first captain ever to guide the Men in Blue to ODI series win in Australia.

Following a historic Test and ODI series against Australia, the Indian men's cricket team continued their dominance against New Zealand as well. The Virat Kohli-led side defeated New Zealand by 4-1 in the five-match ODI series at the latter's home soil.

India won the opening ODI by eight wickets via Duckworth-Lewis Method at McLean Park in Napier, thanks to Shikhar Dhawan's 75-run knock and Virat Kohli's 59-ball 45 which helped the visitors chase down the revised target of 156 runs.

In the second ODI, openers Rohit Sharma (87) and Shikhar Dhawan (66) before Kuldeep Yadav bagged a four-wicket haul to help India bundle out New Zealand for 234 in their chase of 324.

The Kohli-led side then clinched a seven-wicket win in the third ODI at Bay Oval in Mount Maunganui to seal the series. Ross Taylor and Tom Latham scored 93 and 51 runs, respectively before being bundled out for 243 after winning the toss and opting to bat first.

In reply, Rohit Sharma (62), skipper Virat Kohli (60) and Ambati Rayudu (unbeaten at 40) all shone with the bat to help India chase down the score in 43 overs.

Though New Zealand claimed a consolation eight-wicket win in the fourth ODI in Hamilton, India ended the tour with a 35-run victory in Wellington to complete a 4-1 series win.

India had a similar outing at the 2019 ICC World Cup as they experienced at the 2010 edition. The Men in Blue finished the group stage of the showpiece event at the top, with just one defeat against England in nine matches. India missed out on making the summit showdown of the ICC World Cup following ‘45 minutes’ of bad cricket, as termed by the Indian skipper.

India slumped to a heartbreaking 18-run defeat at the hands of New Zealand in the semi-final of the prestigious tournament at the Old Trafford in Manchester. Ross Taylor and Kane Williamson scored 74 and 67 runs, respectively as New Zealand posted 239 for eight in their stipulated 50 overs.

In reply, Kohli-led side was bundled out for 221 by the New Zealand bowlers, despite some decent contributions by Ravindra Jadeja (77) and MS Dhoni (50).

Opener Rohit Sharma was the shining light for India during their World Cup campaign as he became the first batsman to score five centuries in the single edition of the prestigious tournament to finish as the highest run-getter with 648 runs.

India kicked off their campaign at the inaugural edition of the ICC World Test Championship with a 2-0 series whitewash over West Indies in August-September. The visitors won the opening match against the Caribbean side by 318 runs at Sir Vivian Richards Stadium in Antigua before they clinched a 257-run win in the second Test to complete series whitewash and take an early lead in the World Test championship.

The Virat Kohli-led side then registered a Test win against West Indies at home in September before clinching three-match series against South Africa 2-1 and two-match series against Bangladesh 2-0. India ended the year at the top of the ICC World Test Championship table with 360 points.

The Kieron Pollard-led side won the opening ODI at the MA Chidambaram Stadium in Chennai by eight wickets to take a 1-0 lead. The hosts then rebounded strongly to beat West Indies by 107 runs and four wickets in the remaining two matches in Visakhapatnam and Cuttack, respectively to end their year on a high note.

Besides the Men in Blue's numerous achievements during the year, the players also achieved several individual records.

Deepak Chahar registered the best-ever bowling figures in T20Is in 2019 when he bagged six wickets while conceding just seven runs in the third T20I against Bangladesh in Nagpur in November.

Chinamam spinner Kuldeep Yadav became the first Indian to scalp two international hat-tricks during the second ODI against West Indies in Visakhapatnam earlier this month. Yadav had claimed his first hat-trick for India against Australia in 2017.