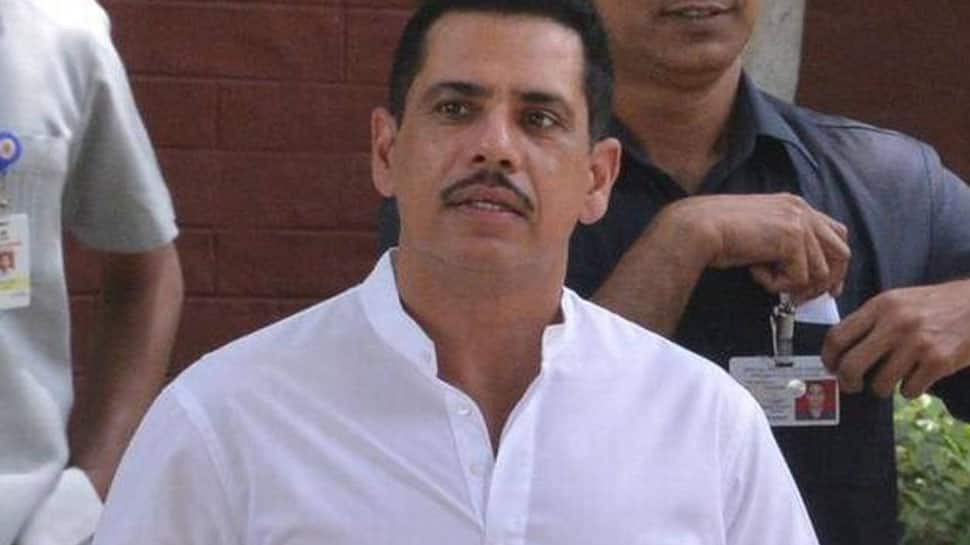 New Delhi: A special CBI court in Delhi on Thursday reserved its order on the application of businessman Robert Vadra seeking permission to travel abroad. Justice Arvind Kumar will pronounce his order in the matter at 2 pm on Friday.

"Every time we seek permission to travel abroad, the prosecution says that the investigation is at a crucial stage. The applicant has registered at an expo in Barcelona from September 27 to 30. There are some other trade fairs as well. The applicant has routinely attended these fairs in the past," the advocate said.

Tulsi also said that there is no doubt that Vadra will return to India.

"Earlier, he had gone abroad in June and returned in July. Now we are seeking permission to travel abroad between September 20 and October 8," Tulsi added.

Advocates DP Singh and Nitesh Rana, appearing for the Enforcement Directorate (ED), said that this visit is an attempt to meet the co-accused and tamper with evidence.

"This is a farce. Both Bhandaris and other accused are in Europe. This is the only way Vadra can meet them since they cannot use e-mails or talk on the phone. They can`t come to India either because they have been declared proclaimed offender," Rana said.

The ED said the question is not whether he will return to India or not but what is the purpose of the visit.

"There is nothing to show that his presence is required at the events. If he has no money, he should refrain from going anywhere. This is an attempt to meet the co-accused and tamper with evidence," he added.

In June this year, a special CBI court had allowed businessman Vadra, facing money laundering charges, to travel abroad on medical grounds for a period of six weeks.