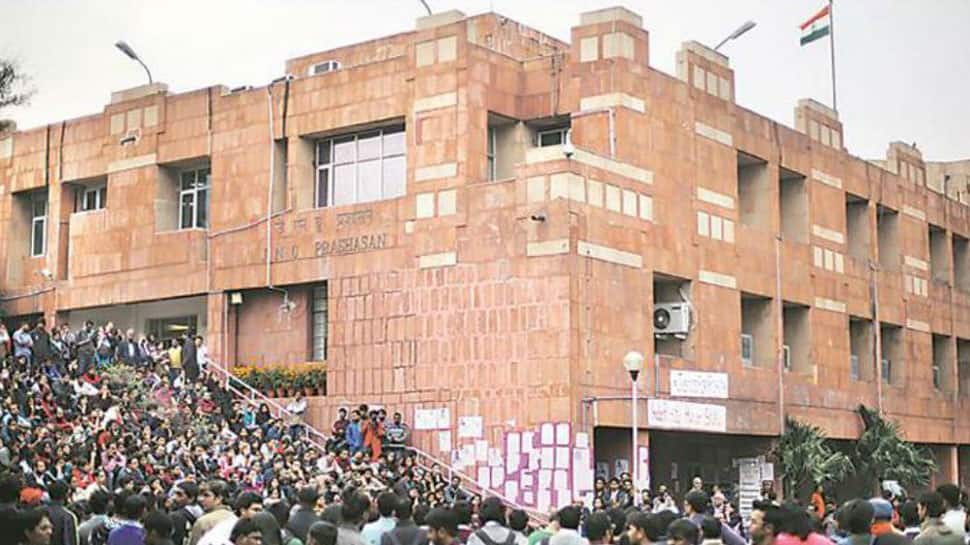 New Delhi: The Jawaharlal Nehru University (JNU) administration on Monday said they might mull the possibility of having student representatives in the academic council since the elected students' union has not been notified yet.

Professor Chintamani Mahapatra, Rector-I of the varsity, said the student's union could not be notified as election campaigning bills were not duly signed and were not submitted within the deadline recommended by the Lyngdoh Committee guidelines.

"We are waiting and requesting them repeatedly. The administration cannot take action. The ball is in their court. We are accountable to the CAG and internal audit for every penny spent. Till now, there is no students' body at the varsity," he added.

They are not part of the decision making, Mahapatra pointed out, adding that students keep on writing to them on their demands and their concerns and they take note of those.

He said there is a statute in the JNU Act which says that student representatives should be elected to the Academic Council, which was never adhered to since the JNUSU elected representatives were invited.

"The statute was never adhered to and for decades, JNUSU was the special invitee to the Academic Council. We can probably explore the possibility of having student representatives (other than JNUSU). That is something the Academic Council can decide," he added.

Meanwhile, some university officials claimed that the campaigning bills did not have the GST component, which is why the union has not been notified yet.