The senior BJP leader said that he will hold a symbolic protest against the Odd-Even scheme of the Delhi government. 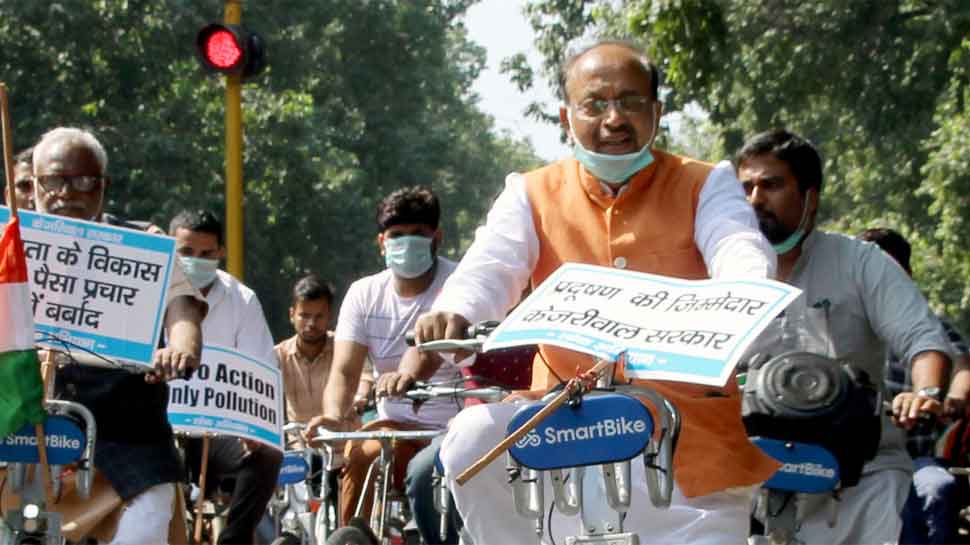 New Delhi: As Arvind Kejriwal-led Delhi government brings the third edition of the Odd-Even road rationing scheme in the national capital starting November 4, BJP parliamentarian Vijay Goel on Monday stated that he will violate the rule and called it a political stunt of AAP government.

"I will oppose Odd-Even. I will hold a symbolic protest to send out a message to the people that Odd-Even is of no use. I will ride an odd-numbered vehicle on even day," he said.

"I along with Shyam Jaju will drive my car to ITO to oppose #OddEven drama" today 4th Nov at 12:00 noon from my residence.Pls Cvr
- Vijay Goel, MP," he said in another tweet.

Attacking further the Kejriwal government, the BJP leader took to Twitter and wrote, "All the environmental agencies say that Odd-Even is of no use. In order to oppose the drama of Odd-Even I will ride through the roads of Delhi in my car tomorrow."

Reacting to BJP leader Vijay Goel's tweet, Delhi Transport Minister Kailash Gahlot said it's not right for the BJP to oppose the poeple of Delhi like this and that he will go to Vijay Goel and will try to make him understand. "Vijay Goel along with other BJP leader are planning to oppose Odd-Even in Delhi. People across Delhi are following Odd-Even. It is not right for the BJP to oppose the people of Delhi like this. I am going to Vijay Goel with flower and will try to convince him. I hope I succeeds in doing so."

Under the Odd-Even scheme, the vehicles with odd last digits in the registration number will be allowed on roads on odd dates and those with even last digit will be allowed to ply on even dates. The rule will be applicable in Delhi from 8 am to 8 pm, except on Sundays.

Fire breaks out at a factory in Delhi, three firefighters injured