The Goods and Service Tax (GST) Council is meeting on Friday in Lucknow, Uttar Pradesh. The council chaired by Finance Minister Nirmala Sitharaman could review the GST tax rate on more than four dozen items, including petrol and online food delivery services. 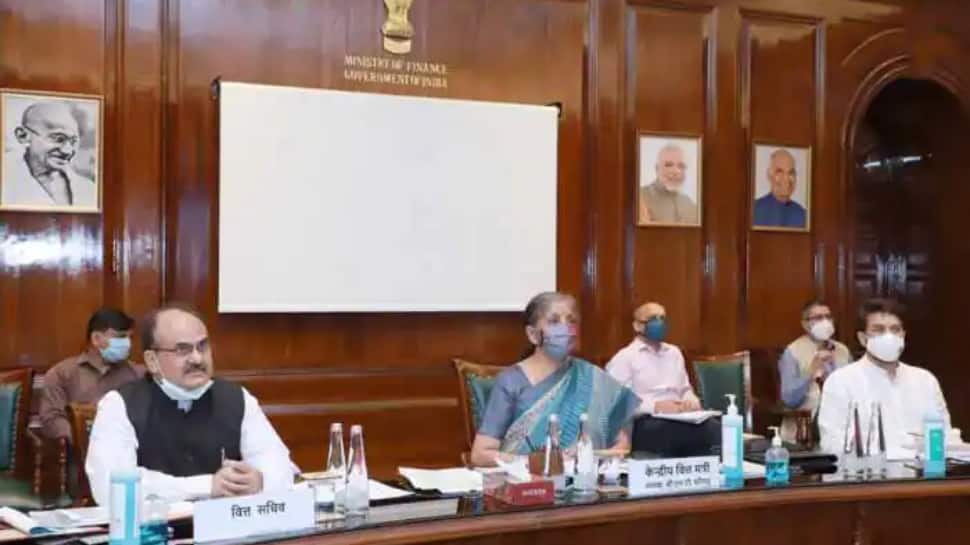 "Finance Minister Smt @nsitharaman will chair the 45th GST Council meeting at 11 AM in Lucknow tomorrow. The meeting will be attended by MOS Shri @mppchaudhary besides Finance Ministers of States & UTs and Senior officers from Union Government & States," the Finance Ministry tweeted.

Finance Minister Smt. @nsitharaman will chair the 45th GST Council meeting at 11 AM in Lucknow tomorrow. The meeting will be attended by MOS Shri @mppchaudhary besides Finance Ministers of States & UTs and Senior officers from Union Government & States.@PibLucknow pic.twitter.com/jSQcEsTLzw

The council is likely to extend the concession on 11 COVID drugs till December 31 from September 30, as the total number of cases start to rise again, especially in Kerala. These drugs include Amphotericin B, Tocilizumab, Remdesivir and anti-coagulants like Heparin, among others.

The government had reduced the tax rate on Amphotericin B and Tocilizumab to 'Nil' while GST on Remdesivir and Heparin was cut to 5 per cent in June 2021, when the country was battling against the second COVID-19 wave.

Moreover, reports suggest that the council could discuss the proposal of bringing petrol and diesel under the ambit of the GST regime.

The council could reduce the tax rate on drugs such as Itolizumab, Posaconazole, Infliximab, Bamlanivimab & Etesevimab, Casirivimab & Imdevimab, 2-Deoxy-D-Glucose and Favipiravir to 5 per cent from the current 12 per cent slab.

There’s also a proposal to put additional taxes on online food delivery services offered by companies such as Zomato and Swiggy. Currently, restaurants charge a 5 per cent GST tax on supplies made by them.

However, it has been noted that on food delivery, several restaurants evade taxes on food. The council will aim to normalise taxes on online food deliveries. Estimates suggest that underreporting of such taxes has led to a loss of about Rs 2000 crore to the exchequer.

GST on petrol and diesel

The council could also discuss bringing fuel prices under the ambit of GST taxation. If that happens, then the prices of petrol and diesel could fall to Rs 75 and Rs 68 per litre, according to SBI economists. Also Read: Air India sale: Tata, SpiceJet chief Ajay Singh put in financial bids