Inflation rate in cereals and products stood at 5.25 per cent in January against 4.36 per cent month ago, while vegetables inflation for January stood at 50.19 per cent, against a 60.5 per cent in December 2019. 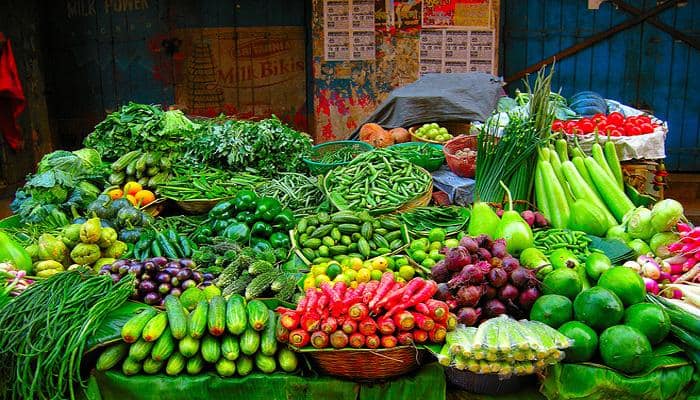 New Delhi: India's retail inflation rises to 7.59 per cent in January 2020 from 7.35 per cent in December 2019, according to data released by the Central Statistics Office (CSO) on Wednesday (February 12). Food prices, which is a gauge to measure changes in kitchen budgets, however, fell 13.63 per cent, against a growth of 14.1 percent in December.

Inflation rate in cereals and products stood at 5.25 per cent in January against 4.36 per cent month ago, while vegetables inflation for January stood at 50.19 per cent, against a 60.5 per cent in December 2019.

Retail inflation has breached the RBI's medium-term target of 4 per cent for the fourth straight month. In its February policy review, the central bank left the repo rate unchanged stating that it would maintain the accommodative stance as long as necessary to revive growth. It also ensured that inflation remains within the target.

Meanwhile, India's Industrial production shrinks 0.3 per cent in December 2019 against 2.5 per cent growth in the same month year ago, said the CSO data today.

According to the government data, the Indices of Industrial Production for the Mining, Manufacturing and Electricity sectors for the month of December 2019 stand at 120.6, 134.2 and 150.2 respectively, with the corresponding growth rates of 5.4 percent, -1.2 percent and -0.1 percent as compared to December 2018.

The cumulative growth in these three sectors during April-December 2019 over the corresponding period of 2018 has been 0.6 percent, 0.5 percent, and 0.8 percent respectively, it said.

In terms of industries, 16 out of 23 industry groups (as per 2-digit level of National Industrial Classification-2008) in the manufacturing sector have shown negative growth during the month of December 2019 as compared to the corresponding month of the previous year.

The industry group ‘Manufacture of computer, electronic and optical products’ has shown the highest negative growth of (-) 24.9 percent followed by (-) 20.3 percent in ‘Manufacture of machinery and equipment' and (-) 15.5 percent in ‘Printing and reproduction of recorded media’.