Government has announced its intention to invest Rs100 lakh crores in infrastructure over the next five years, Nirmala Sitharaman stated. 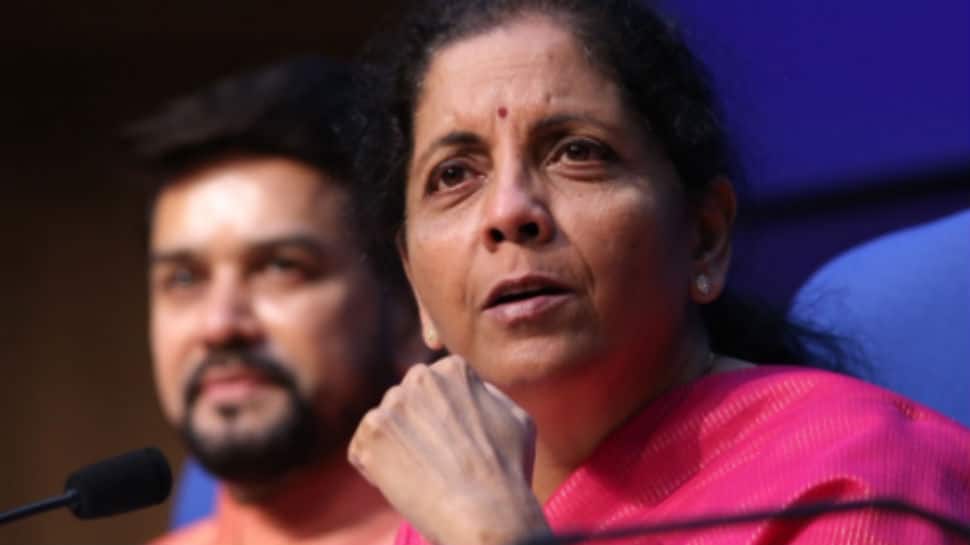 New Delhi: While presenting the Union Budget 2019, Finance Minister Nirmala Sitharaman highlighted that India can become a 5 trillion dollar economy in the coming years and measures to promote growth, employment generation will be highly-important for the government.

In order to achieve the targets, the following tax policy measures have been proposed:

Profit-linked deduction was introduced for start-ups.
The scope of investment-linked deduction was broadened by including certain new sectors, including infrastructure, which are critical to growth.
Investment allowance and higher additional depreciation were provided for undertakings set up in backward regions of states of Andhra Pradesh, Bihar, Telangana and West Bengal.
Incentive for employment generation was broadened and the conditions for eligibility to claim the incentive were relaxed.
Benefit was provided for computation of MAT liability and carry forward of loss for companies under Insolvency and Bankruptcy code (IBC).
Safe Harbour provisions were further liberalised to align with industry standards.
Scope of domestic transfer pricing provisions was restricted only for transactions between enterprises having profit-linked deductions.
Pass through status was provided to Category I & II Alternative Investment Funds (AIFs).
The time period for carry forward of MAT credit was increased from 10 to 15 years.

Above initiatives were proposed as part of a framework for kick-starting the virtuous cycle of domestic and foreign investments. “We need to invest heavily in infrastructure, in digital economy and on job creation in small and medium firms”, the Finance Minister stated. The common man’s life changed through MUDRA loans to help him do his business.

Government has announced its intention to invest Rs100 lakh crores in infrastructure over the next five years, the Finance Minister stated. The massive push given to all forms of physical connectivity through Pradhan Mantri Gram Sadak Yojana, industrial corridors, dedicated freight corridors, Bhartamala and Sagarmala projects, Jal Marg Vikas and UDAN Schemes would give the required boost to the economy.

Measures to enhance the Sources of Capital for Infrastructure Financing:

A Credit Guarantee Enhancement Corporation to be set up in 2019-2020.
An action plan to deepen the market for long term bonds with a specific focus on the infrastructure sector, to be put in place.
Proposal to permit investments made by FIIs/FPIs in debt securities issued by IDF-NBFCs to be transferred/sold to any domestic investor within the specified lock-in period.

“We shall further simplify procedures, incentivize performance, reduce red-tape and make the best use of technology. Big structural reforms in particular, in indirect taxation, bankruptcy and real estate carried out”, the Finance Minister stated. The number of patents issued more than trebled in 2017-18 as against the number in 2014.

The ‘Vision for the Next Decade’ laid down in the Budget document focuses upon building physical and social infrastructure; Make in India with particular emphasis on MSMEs, Start-ups, defence manufacturing, automobiles, electronics, fabs and batteries, and medical devices, among others, emphasize on employment generation and growth.

Under the Interest Subvention Scheme for MSMEs, Rs. 350 crore has been allocated for FY 2019-20 for 2% interest subvention for all GST registered MSMEs, on fresh or incremental loans. The government would create a payment platform for MSMEs to enable filing of bills and payment thereof on the platform itself to eliminate delays in government payments.  Further, the government would extend the pension benefit to about three crore retail traders & small shopkeepers whose annual turnover is less than Rs.1.5 crore under a new Scheme namely Pradhan Mantri Karam Yogi Maandhan Scheme.

The Budget proposes setting up 100 new clusters during 2019-20 envisioned which should enable 50,000 artisans to join the economic value chain under the Scheme of Fund for Upgradation and Regeneration of Traditional Industries’ (SFURTI). Further, 10,000 new Farmer Producer Organizations are proposed to be formed, to ensure economies of scale for farmers, under the Scheme for Promotion of Innovation, Rural Industry and Entrepreneurship’ (ASPIRE).

To address Human Resource creation, the Budget proposes a New National Education Policy which would bring major changes in both school and higher education, better governance systems and greater focus on research and innovation. Further, there is a proposal to establish a National Research Foundation (NRF) to fund, coordinate and promote research in the country.

Finance Minister stated that an amount of Rs. 400 crore is proposed to be provided under the head, “World Class Institutions”, for FY 2019-20, more than three times the revised estimates for the previous year.

Other measures that would give a boost to the economy and employment generation would include a proposal to streamline multiple labour laws into a set of four labour codes to ensure standardization and streamlining of registration and filing of returns. Further, there is also a proposal to start a television programme within the DD bouquet of channels exclusively for start-ups, Smt. Sitharaman added.