His upcoming movie "M Cream" is touted as India's first 'stoner film' and director Agneya Singh says it is about time the Government decriminalises marijuana. 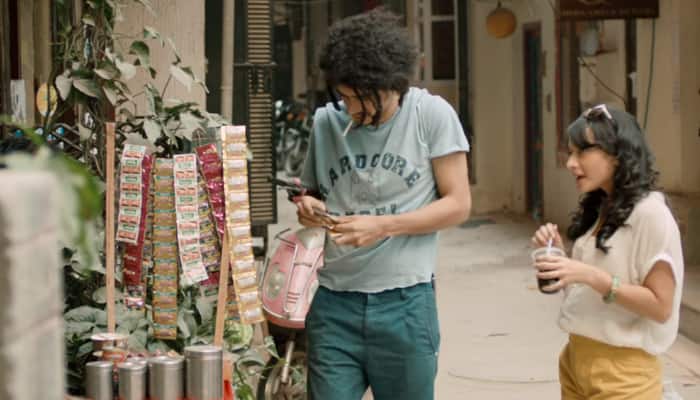 Mumbai: His upcoming movie "M Cream" is touted as India's first 'stoner film' and director Agneya Singh says it is about time the Government decriminalises marijuana.

Singh, making his feature film debut with the movie, says even the US - which once opposed legalising cannabis - is today taking steps to make it legal.

"Marijuana and cannabis have been a part of our culture for nearly 1,000 years. In fact, marijuana was legal in India right up till 1950 before it was made illegal under pressure. Today even US has taken steps to decriminalise it... I feel it is about time our Government, too, lifts these draconian laws. I do think marijuana should be decriminalised. But that is my personal view, not a stand the film takes," Singh told PTI.

"M Cream" chronicles the journey of four rebellious friends who undertake a road trip to Himachal Pradesh in pursuit of a mythical drug called 'M Cream'. It stars actor Naseeruddin Shah's son, Imaad, along with Ira Dubey and Barry John.

Recently, "Udta Punjab" also tackled the issue of drug abuse but the 26-year-old director says his project "neither glorifies" nor is "anti-drugs."

"'Udta Punjab' was anti-drugs and rightly so because the drugs the film was talking about were heroin and cocaine which are dangerous. 'M Cream' neither glorifies drug use nor is ant-drugs. In the film, we are showing things as they are."

Singh feels the aim of "M Cream" is to spark a debate regarding the issue.

"If alcohol and tobacco can be legal in our country, which are medically proven to be harmful, why ban marijuana? If you legalise it there will be at least proper regulation. I have not read a single report about a man dying due to overdose of it."

"M Cream" has travelled to several international film festivals garnering both accolades and critical acclaim. Singh says while the film is about the quest to find the mythical drug, it is also more "poetic" in nature.

"The film is philosophical and quite poetic which raises issues concerning the youth. From LGBT to the anti-national movement, the leaders of all these movements are youth," he said.

"The youth of today has a lot of questions about our country and the way it is headed. The film raises those questions, as unfortunately, at this point of time, we don't have the answers to them," the director added.

Bobby Deol is all set to make Delhi spin, but not with his acting! – Details inside