Controversy magnet Pooja Missra has come forth with some serious allegations against the big stars of Bollywood. 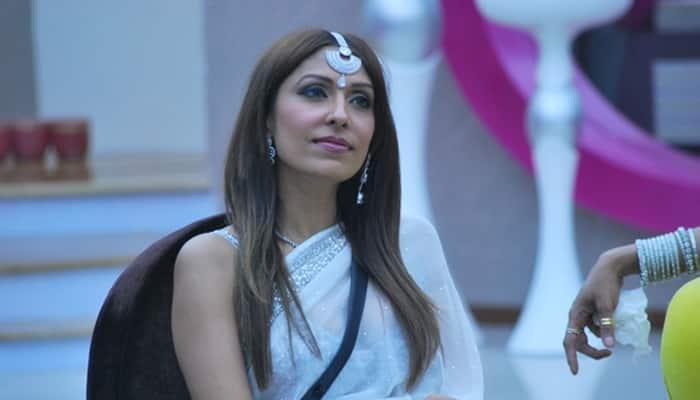 New Delhi: Controversy magnet Pooja Missra has come forth with some serious allegations against the big stars of Bollywood.

The latest buzz has caught the internet where Pooja stated that she has been sexually assaulted while shooting for her upcoming show in Jaipur.

According to a report in India.com, the actress claims that she was gang-raped by three men while shooting. Pooja is currently shooting for her show 'Abhi Toh party Shuru Hui Hai'.

FIR for the same has been filed with the police. Only to add to the chaos, Pooja made some serious allegation on Bollywood actor Salman Khan.

Her recent Facebook post, from May 4 reveals the FIR copy of the complaint made against Salman, Shatrughan Sinha and family for allegedly raping her.

Earlier reports have claimed that Pooja apparently is a victim of Schizophrenia. The atrocity only got larger as another complaint lodged by Pooja on May 17 that pins Salman for getting her clothes stolen from her room, according to a report in India.com. 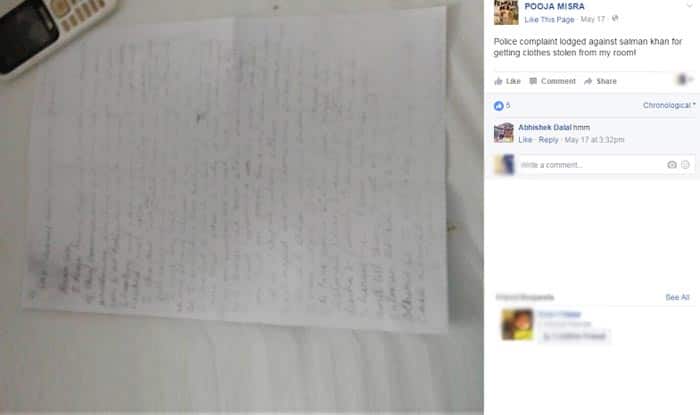 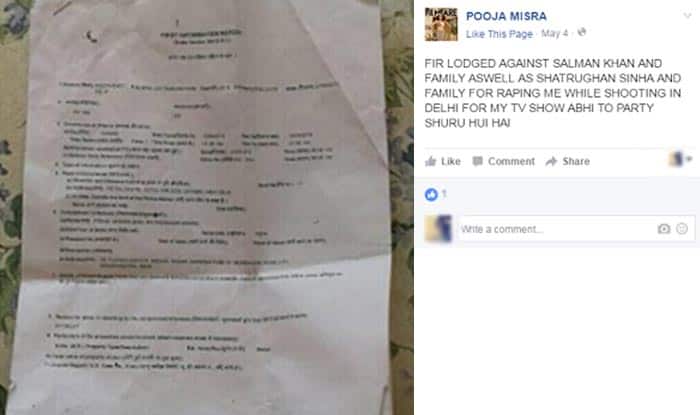