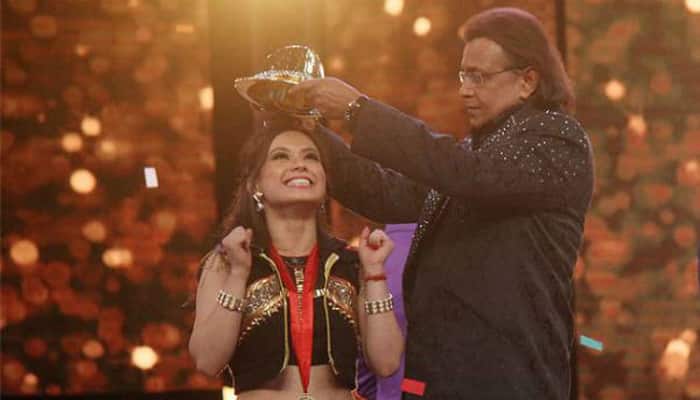 "I still can't believe I am holding the 'Sunehri Taqdeer ki Topi' in my hand ? a goal each one of us contestants have worked day and night for. This, truly, is the best moment of my life. Dancing is my life and passion and winning the show is a dream come true," Proneeta said after winning the talent hunt.

This was not her first attempt on DID, she had earlier auditioned for season two of the Zee TV show but could not make it.

"I auditioned in season 2 but could not make a cut. Since then I have only been training and practicing to make it to this prestigious platform. I am also grateful to the audiences for having voted for me and showering me with so much love."

The show was judged by Gaiti Siddiqui, Punit Pathak and Mudassar Khan along with grand master Mithun Chakraborty. The young talented dancer thanked her mentor Punit.

"But this journey wouldn't have been the same without the guidance, support and love of my mentor and master ? Punit. He inspires us every day with his dedication to dance, consistent hard work and never say never spirit. This is what I have imbibed from him and I would like to dedicate this victory entirely to him," she said.

The grand finale was graced by Aishwarya Rai Bachchan, who promoted her recently released film "Jazbaa". The night also saw the performances by three masters --Gaiti, Punit and Mudassar.

Popular DJ and rapper Baadshah had the crowd grooving with his upbeat numbers.