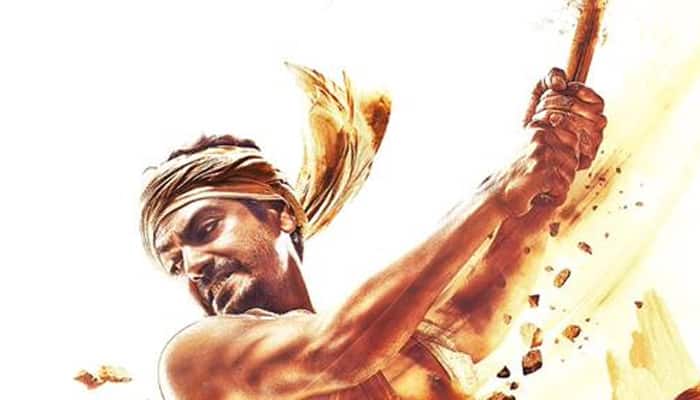 Mehta had seen Siddiqui's films and was convinced that the actor was perfect to portray the role.

"After I wrote the script, Nawazuddin came to my mind. He is a brilliant actor and he has the correct body type that of Manjhi's. The moment I met him I realised he was the right guy to do the role.

"I had seen some of his earlier films and I thought 'Here is a special actor'. Even in those small bit roles, he stood out. In 'Kahaani' he had a substantial role and even there he worked hard and was incredible. The intensity in his eyes was unmissable," Mehta told PTI.

The 41-year-old "Gangs of Wasseypur" actor essays the role of Dashrath Manjhi, a poor labourer hailing from Gehlaur village in Gaya district widely known as the "Mountain Man".

He had carved a road through the mountain using only hammer and chisel in memory of his wife who passed away without proper medical treatment as travel to the nearest hospital took a lot of time due to the mountain.

The "Mangal Pandey" director was in disbelief when he first heard the story of Manjhi but wanted to share it after he delved further into it.

"First time I heard about Manjhi was in 2007 when he died and there was a lot of media coverage about the man who broke a mountain for love. My first reaction was disbelief, I asked myself, 'How is this possible?'

"I explored it a little more and I was amazed. When I came down to research and saw the mountain that he had broken down, the path that he had carved, I thought this had to be turned into a film and I should share it with as many people as possible. It was such an inspiring and moving story."

Mehta started working on the movie in 2009 and it took him three years of research to depict Manjhi's life on the big screen. Even though Manjhi's family was cooperative with the reel adaptation, Mehta's real struggle began when they started filming, what he describes, "the most difficult shootings of our lives."

"When we went there and saw the mountain, we realised it was a character by itself. When you see the mountain you appreciate what he really broke. So the decision was taken that we will go and shoot on the original location. It was in a very remote, backward region where there was no infrastructure, no facility.

"We had to stay at Bodh Gaya, and the entire unit used to wake up at three in the morning, travel one-and-a-half hour to the location, then climb the mountain to start shooting. It was one of the most difficult film shootings of our lives."

In his nearly 25-year-long career as a director, Mehta has helmed many biopics, including Aamir Khan-starrer "Mangal Pandey: The Rising", Paresh Rawal's "Sardar", based on Sardar Vallabhbhai Patel and most recently, Randeep Hooda-Nandana Sen starrer "Rang Rasiya", based on the life of 19th-century Indian painter Raja Ravi Varma.

Mehta is fascinated with biopics as they remind people of the forgotten heroes. "I find that facts are stranger than fictions. When your material is derived from real life, the connection is immediate. All these are really fascinating stories. We somewhere have lost respect for own history. Our role models are foreign role models. We need to start respecting ourselves."