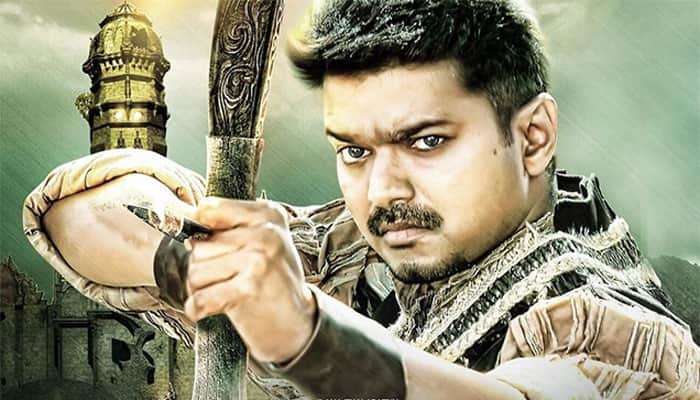 The bigger the film doesn't always mean the greater it is, and there can't be a better example of this than Vijay's big-budget fantasy drama ‘Puli’, which isn't a bad film, but worse.

The film, unlike Vijay's most outings, comes from someone who loves to experiment and even though not all his attempts have succeeded so far, he's always given us the feeling that he isn't a lousy filmmaker. With "Puli", however, all that seems to have changed and that's not a good sign. 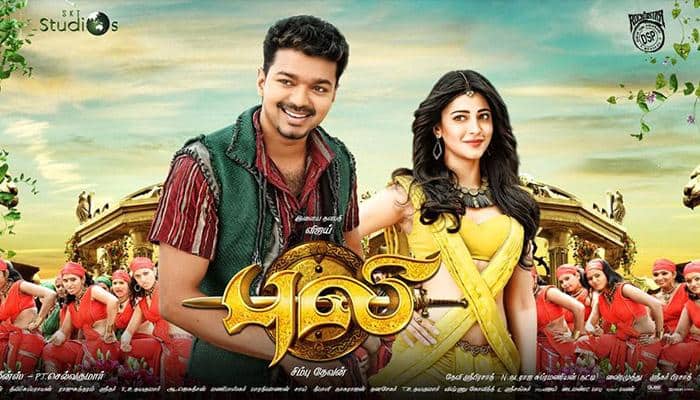 It's tough to understand whether ‘Puli’ is a fantasy film or one that's intended for children, because with so much of violence, it sure doesn't qualify to be called a children's film. But with fantasy elements like talking birds, talking troll, talking tortoise, magic potion and Lilliputians, you're almost convinced that it's a fun fantasy entertainer.

Sadly, it quite isn't the entertainer you anticipate it to be as most of the time is spent on glorifying its star hero and his image. So, automatically everything you expect him to do in commercial films is checked - from breaking into duets in exotic locations to romancing two heroines and having all the time in the world to deliver pages of dialogues.

‘Puli’ uses the fantasy angle to merely tell us a regular revenge tale that gets so predictable at a point that it becomes the new cut-off for mediocre filmmaking.

If you can't give audiences the best, give them something mediocre, and that seems to be the mindset of most southern filmmakers. Strangely, most of us are satisfied with mediocre content because we assume that it's due to the lack of budget, time and technology that a film is made the way it is.

Vijay as the man-on-the-mission-to-save-the-world character, does what's usually expected of him. He fights, dances, romances, mouths dialogues like he was a preacher in his previous birth, but otherwise doesn't quite impress as an actor.

As a star, he shines, and there are deliberate moments in slow motion just to send his fans into frenzy. The leading ladies - Shruti, Hansika and Sridevi - all look like they've come to participate in some fairness contest. This leaves one wondering why does the work of most make-up artists on southern actresses' feels like, guess who's the fairest of them all. Why this obsession for fairness?

Sridevi gets the meatier part and she's good, but it's the roles of Hansika and Shruti Haasan that end up giving you a migraine. Shruti plays a girl from a tribe, but she's dressed impeccably, and god knows how she has such beautiful, well-groomed eyelashes. Hansika, well, she plays a princess, so it's understandable if she looks pretty.

‘Puli’ has its moments but they're short-lived -- like the wonderful stretch where Vijay embarks on an Indiana Jones kind of adventure. It's a great idea that goes haywire in the execution. Chimbu Deven is a creative filmmaker, one with good ideas, but doesn't quite succeed in translating them on to the screen in a way it will appeal to everybody.