Extremely fast and skilful with a powerful shot, Gnabry has quickly earned a starting spot, with fellow wingers Arjen Robben, Franck Ribery and Kingsley Coman struggling due to injuries. 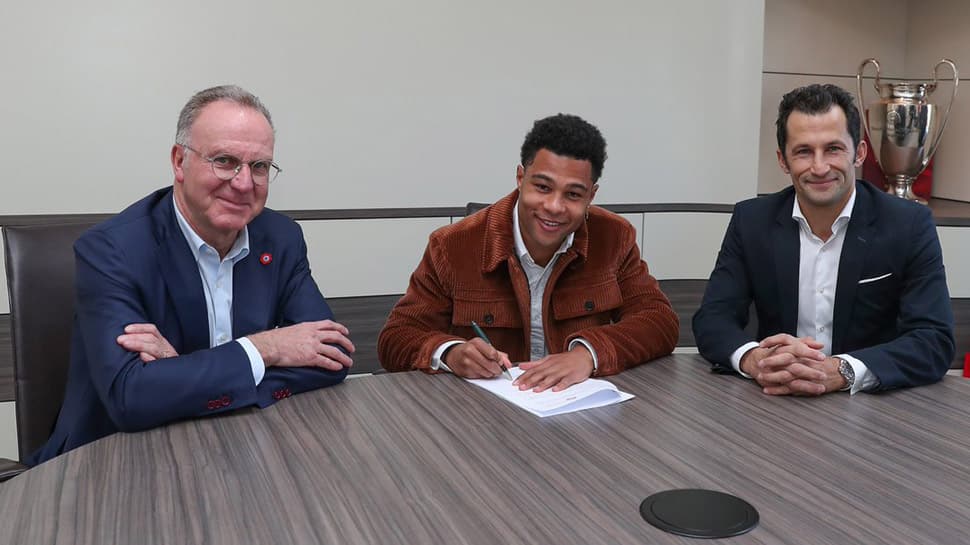 Bayern Munich winger Serge Gnabry has signed a three-year contract extension with the German champions that will keep him at the club until 2023, Bayern said on Tuesday.

The 23-year-old Germany international, who spent last season on loan at Hoffenheim after joining Bayern, is enjoying a fine first campaign in Munich, having scored six league goals and set up another two.

"Serge is one of our young, wild ones and an important part of the future FC Bayern. We are convinced that we will have a lot of fun in the future with him," said sports director Hasan Salihamidzic.

Extremely fast and skilful with a powerful shot, Gnabry has quickly earned a starting spot, with fellow wingers Arjen Robben, Franck Ribery and Kingsley Coman struggling due to injuries.

Gnabry scored in the 5-1 demolition of Borussia Moenchengladbach on Saturday, as Bayern joined leaders Borussia Dortmund at the top of the Bundesliga, second only on goal difference.

"On a sporting level it is all going very well for me, but I know I have a bigger potential and need to develop further," Gnabry said.