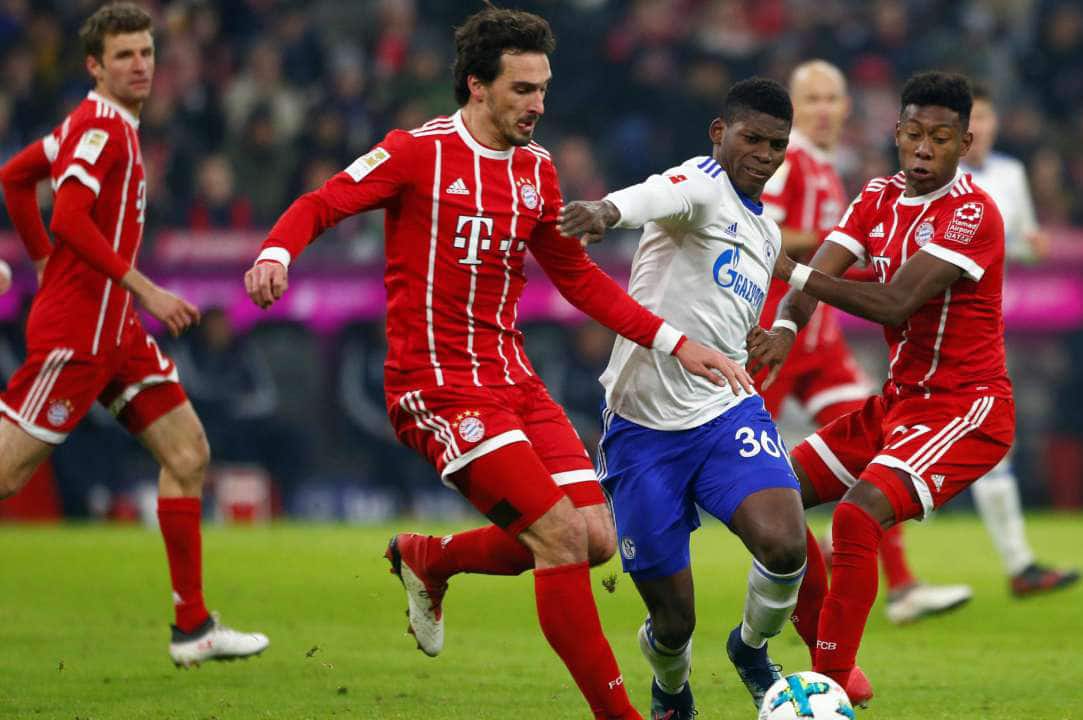 A few weeks ago, no one would have predicted Friday`s clash between Hertha Berlin and champions Bayern Munich to be a battle for the top spot, but the home side`s surprise start has raised hopes of a first victory over the Bavarians in nine years.

Coach Pal Dardai`s Hertha kicked off the Bundesliga season with three wins and a draw before facing a 3-1 loss at Werder Bremen on Tuesday, a defeat that has failed to dampen their spirits ahead of the big match in Berlin. "It would be nice after so many years to score the winning goal," Dardai said ahead of the Bayern match in the capital.

Judging by the side`s exciting brand of football consisting of a blend of youth and experience, the Hungarian coach, who took over in 2015, has every right to be hopeful. The addition of 20-year-old winger Javairo Dilrosun has already paid dividends, with the Dutchman scoring twice and setting up three more goals in his first four matches.

What a start to this man's @Bundesliga_EN career

The former Manchester City footballer joined for a mere 250,000 euros ($292,750) from the English champions after spending most of his time in their reserve team. Slovak Ondrej Duda has been equally effective in his first injury-free season, becoming the first Hertha player to score four goals in the first four matches.

Adding to their firepower is 34-year-old Vedad Ibisevic, who is enjoying an Indian summer with three goals and an assist, along with versatile veteran forward Salomon Kalou.

"We have systematically overhauled our playing profile in recent years. Against Gladbach (last week), we had seven players on the pitch who were capable of creating goals. That was not the case a few years ago," Dardai said. "Our young players are motivating the older players to perform even better. Because they themselves want to keep playing for some time."

Hertha, however, will need to be extra wary of their defending in the box if they hope to avoid conceding yet another penalty, having had five spot kicks against them in as many league games. They have also picked up at least one injury in each of those games with the latest casualty, starting keeper Rune Jarstein, ruled out against Bayern.

The Bavarians, top of the standings on 13 points and three ahead of fourth-placed Hertha, will go into the contest on the back of a midweek lapse following the 1-1 draw against Augsburg that led to them dropping their first points in five games. Borussia Dortmund, two points behind Bayern Munich in second and buoyed by a 7-0 demolition of Nuremberg on Wednesday, travel to an improving Bayer Leverkusen on Saturday.

Schalke 04, meanwhile, are enduring a nightmare start to the campaign following five straight defeats and last season`s runners-up will be hoping to pick up their first points of the season at home to mid-table Mainz 05.