Paterson, who can play as a defender, midfielder or striker, requires an operation on the ankle he injured during Scotland`s win over San Marino. 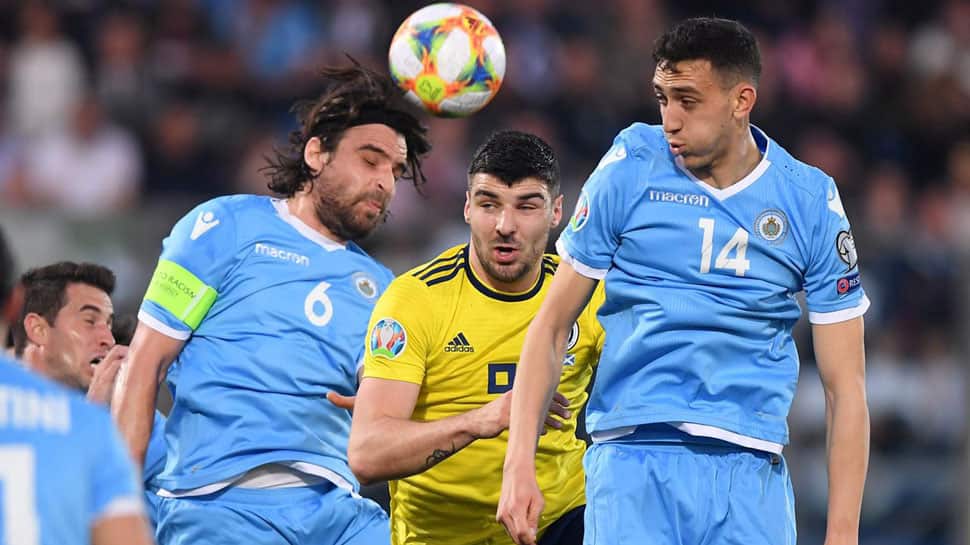 Cardiff City manager Neil Warnock has ruled out Callum Paterson for the rest of the season with an ankle injury and went on to accuse Iceland of 'selfishness' for their management of Aron Gunnarsson during the international break.

Paterson, who can play as a defender, midfielder or striker, requires an operation on the ankle he injured during Scotland`s win over San Marino.

"Callum is having an operation on Monday and should be out until pre-season," Warnock told a news conference ahead of Sunday`s home league match against Chelsea.

"It`s a big blow. On the same day, Connolly dislocated his ankle as well."

Cardiff`s weekend clash against Chelsea and next Wednesday`s trip to Manchester City could have a major bearing on the Welsh club`s hopes of avoiding relegation, as they are currently two points adrift of the safety zone.

Warnock could not have done much to prevent Paterson`s injury but he was left frustrated by Iceland manager Erik Hamren, who opted to play Gunnarsson in both of their Euro 2020 qualifiers against Andorra and France.

Gunnarsson has been hampered with injuries this season and Warnock had hoped that the 29-year-old midfielder would be afforded some rest during the international games.

"Originally I was told they weren`t going to play Aron on the plastic pitch for the first game (against Andorra); he played for over an hour," Warnock added.

"And then he plays against France for 93 minutes. I know it`s a new manager (Hamren took charge after last year`s World Cup), you want to do well, but when you`re 3-0 down with 80 minutes gone, surely you can substitute a player."

"We`ve been treating him, he`s not played two games and all of a sudden we`ve got Chelsea and Man City in the space of three days. I just thought it was pure selfishness and I`m so disappointed in Iceland for doing that."