Burnley goalkeeper Tom Heaton was once again in inspired form for the visitors, time and again denying Brighton with some fine stops. 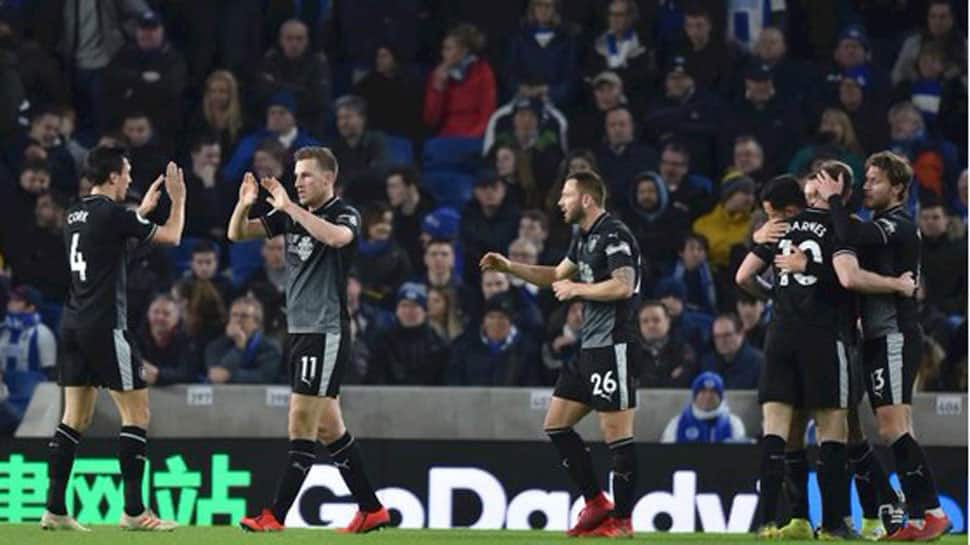 A double from Chris Wood helped Burnley earn a 3-1 victory over Brighton & Hove Albion on Saturday, a win that steered Burnley three points clear of the Premier League relegation zone.

Burnley came into the contest at the Amex Stadium unbeaten in the league in 2019, and the visitors could have taken the lead in the 17th minute, only to be denied by the crossbar twice in quick succession.

They did not have to wait long for the opener, though, with Wood capitalising on a slip from Brighton`s Lewis Dunk before firing home in the 26th minute.

Burnley goalkeeper Tom Heaton was once again in inspired form for the visitors, time and again denying Brighton with some fine stops.

Down the other end, Brighton keeper Mat Ryan got a hand to Wood`s curling effort in the 61st minute, but could not keep it out.

Ashley Barnes then earned his side a penalty, which he duly dispatched in the 74th minute before Shane Duffy headed in two minutes later to give Brighton hope.

The visitors held on and are now three points clear of the bottom three in 15th, level on points with Brighton, who dropped to 14th in the table and are without a league win since December 29.

"We knew it was going to be tough," Burnley manager Sean Dyche said. "But we`ve had four out of six away games and have come away with eight points which is a good tally in the Premier League."

Heaton was immediately called into action for an unchanged Burnley, making two saves inside the first four minutes, with his stop from Pascal Gross especially impressive.

The crossbar then twice kept out Burnley, with Dwight McNeil’s deflected cross coming out to Barnes, who again headed onto the frame of the goal.

That opener was forthcoming, as Wood raced clear after Duffy’s slip before firing into the roof of the net, moments after Heaton had again made a fine stop.

"I`m certainly enjoying it at the moment," Heaton said. "So I`ll keep working hard and hopefully I can keep going well."

Brighton almost got back into it just after the hour mark, only to be denied by Heaton once more, before Wood doubled Burnley’s lead.

"We get out of this bad run by working the way we have done," Brighton manager Chris Hughton said. "We`re still learning."