EPL: Brighton and Hove Albion midfielder Leandro Trossard out for a month with groin injury

Trossard joined Brighton from Belgium side Genk in June and has scored one goal in three appearances for the Premier League club so far. 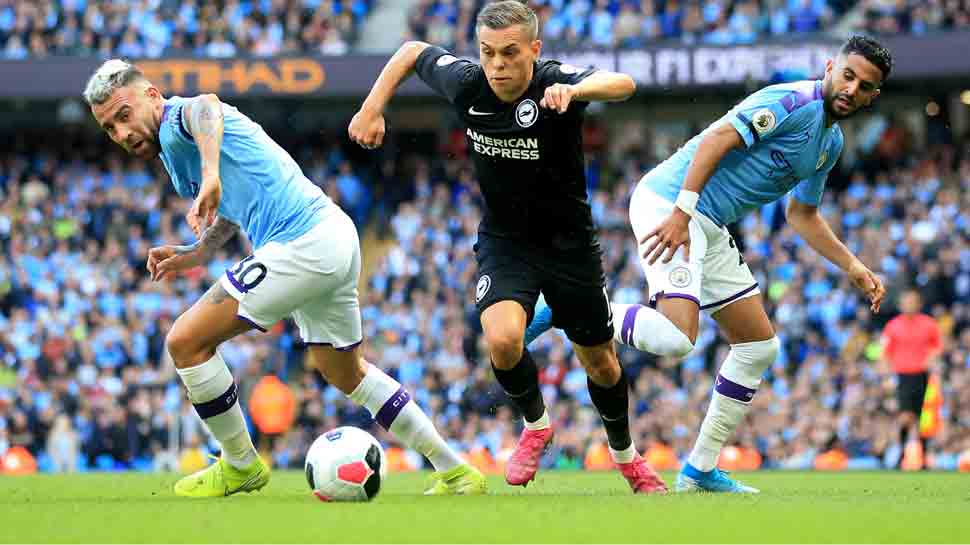 Brighton and Hove Albion midfielder Leandro Trossard has been ruled out until mid-October with a groin injury, manager Graham Potter said on Thursday.

Trossard joined Brighton from Belgium side Genk in June and has scored one goal in three appearances for the Premier League club so far.

"He just had a feeling in his groin," Potter told a news conference. "We don`t think it is as bad as he initially thought."

"He`s obviously not going to be available for the weekend and the other side of the next international break is probably what we are aiming for now. At this early stage, it`s hard to put too much more of a timescale on it."

The 24-year-old will also miss the upcoming league trips to Newcastle United and Chelsea and their home game against Tottenham Hotspur.

Mali midfielder Yves Bissouma, who has not played this season due to a shoulder injury, has been given the all clear to return to training next week while defender Leon Balogun faces a late fitness test.