With four wins out of four to start the season, Jurgen Klopp`s side head into the international break in buoyant mood after another convincing display from the European champions. 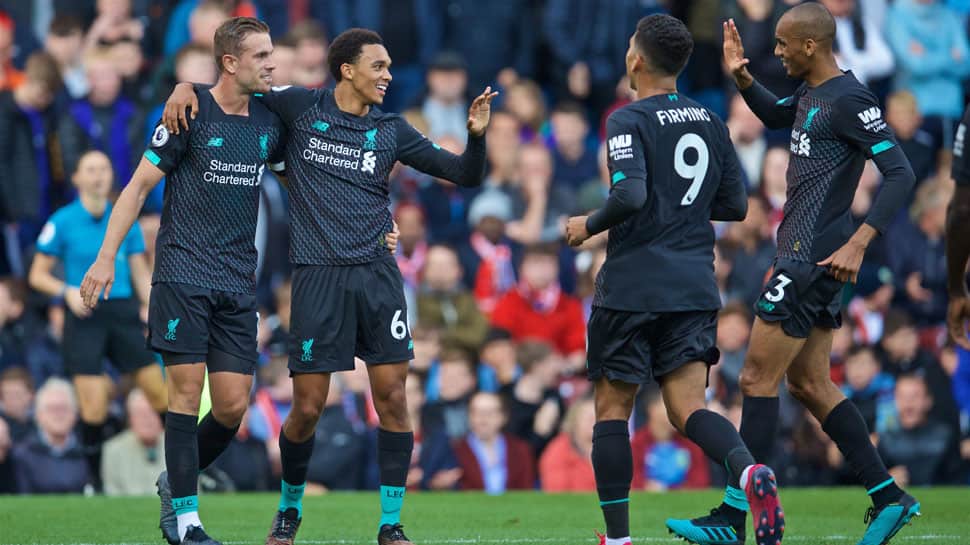 With four wins out of four to start the season, Jurgen Klopp`s side head into the international break in buoyant mood after another convincing display from the European champions.

"The players pretty much played the perfect game. I really liked the game and it was really deserved. It`s our most deserved win of the season - the boys played a sensational game," said Klopp.

Sadio Mane and Roberto Firmino found the target after an own goal from Chris Wood had ended Burnley`s early resistance.

The only sour note was the sight of Mane ranting on the bench, shortly after being substituted, two minutes after Mohamed Salah had attempted a solo effort rather than pass to the Senegalese striker.

Klopp played down the incident, saying the matter had been resolved in the dressing room and it is unlikely the German will allow such a situation to impact a side which has gone 21 Premier League matches unbeaten and looks well set to mount a bid for their first league title since 1990.

Burnley had started brightly, with forward Wood forcing an early save out of Adrian, Liverpool got ahead in the 33rd minute, albeit in fortunate fashion.

Trent Alexander-Arnold`s attempted cross from deep on the right hit the back of Wood and looped over Burnley keeper Nick Pope into the far corner.

If Sean Dyche`s side felt luck was against them with the opener they had only themselves to blame when they handed Liverpool a second goal four minutes later.

Burnley skipper Ben Mee passed straight to Roberto Firmino, who burst forward and then slipped the ball left to Mane, who finished with precision into the bottom corner.

The two quick goals demoralised Burnley, who never looked a threat from then on, with Liverpool content to nullify them and wait for their chance for a third.

That eventually came in the 80th minute, with Firmino wrapping up the win, driving past Pope after good work from Salah, who skipped past two challenges before setting up the Brazilian.

"We were brilliant, there were so many 50-50 situations because of the long balls but we played early balls in behind as well. In moments we played really, really good football. Everything was there," said Klopp.

Burnley boss Sean Dyche said his side had paid the price for their errors against an unforgiving opponent.

"You don`t want to give teams like this a head start. They then punished us. We know they are good on transition but I don`t think there was massive amounts in it beyond that. As soon as the ball turns over though they hurt you," he said.

Liverpool`s previous record run was set between April and October 1990, when the team was managed by Kenny Dalglish.