Chelsea face a tough run of potentially season-defining fixtures in different competitions, with Sarri now the bookmakers' favourite to become the next Premier League manager to be sacked. 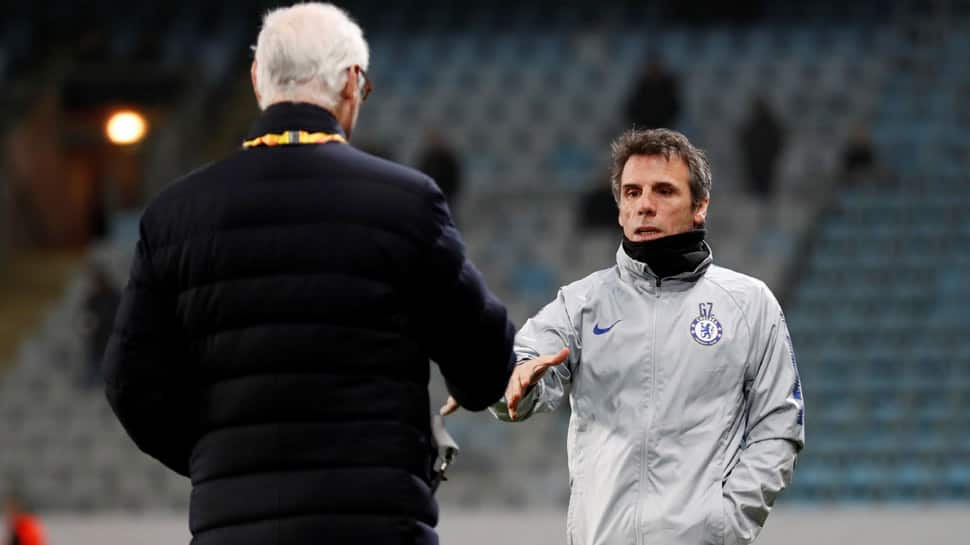 Chelsea manager Maurizio Sarri is still adapting to the Premier League but will not compromise on his style of play, much like Pep Guardiola did at Manchester City when he first arrived in England, the London club's assistant coach Gianfranco Zola said.

Chelsea are currently sixth in the standings with the squad struggling to adapt to Sarri's style of play, but Zola pointed out that Guardiola also refused to change his style at City, who have improved since his trophyless debut season.

"We're trying to adapt to the league and make some changes. But we don't change the way we see football and what is good for this club, because otherwise we're nothing," Zola told reporters ahead of Tuesday's FA Cup clash against Manchester United.

"So, he has adapted something but he hasn't changed his way to see football. I think we are pretty much in a similar moment, where there are a lot of questions and doubts about what we do," Zola said.

Chelsea face a tough run of potentially season-defining fixtures in different competitions, with Sarri now the bookmakers' favourite to become the next Premier League manager to be sacked.

The London side face United in the FA Cup on Tuesday, host Malmo in the Europa League last-32 second leg on Friday, then head to Wembley for the League Cup final against Manchester City before meeting Tottenham Hotspur in the Premier League three days later.

Serie A: Inter Milan edge past Sampdoria as Mauro Icardi watches from stands