Southampton stay up after thrilling 3-3 draw with Bournemouth

Fresh from scoring the fastest goal in Premier League history against Watford, Irish striker Shane Long again got Southampton off to a flying start with a goal in the eighth minute, but Dan Gosling equalised eight minutes later. 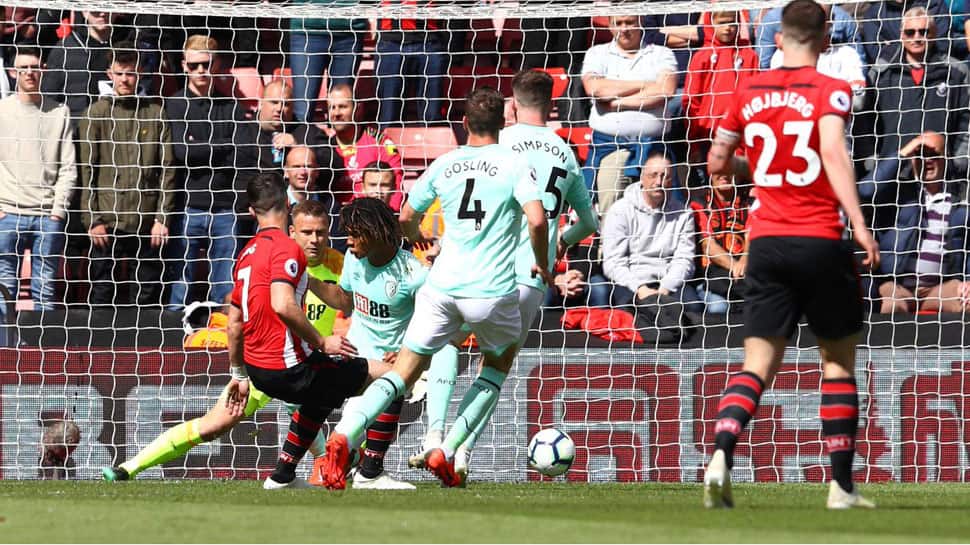 Southampton secured their Premier League status for another year after a thrilling 3-3 home draw with Bournemouth on Saturday as Cardiff City slumped to a 1-0 defeat at Fulham.

The draw put Southampton in 16th place on 38 points, seven ahead of Cardiff and four clear of Brighton & Hove Albion with two games left to play.

Fresh from scoring the fastest goal in Premier League history against Watford, Irish striker Shane Long again got Southampton off to a flying start with a goal in the eighth minute, but Dan Gosling equalised eight minutes later.

Long missed a sitter in the 24th minute, stabbing the ball against the post with the keeper stranded and the goal at his mercy, and it was to prove costly as Callum Wilson pounced to rattle home a rebound in the 32nd minute.

James Ward-Prowse put the Saints level with a skimming shot that flew in at the foot of the post 10 minutes into the second half.

Matt Targett thought he had put the icing on the cake for Southampton when he leapt to meet Yann Valery`s cross, sending his header into the net to spark scenes of wild celebration.

They were interrupted when Wilson scuffed home his second, but news that Cardiff had gone behind to Fulham had filtered through to the ground and Southampton were able to enjoy confirmation of their survival in the top flight.