There will be more like me, says naturalised China striker Elkeson

The Guangzhou Evergrande forward broke new ground for Chinese football earlier this month when he became the first player without Chinese heritage to be included in the country`s national squad when he was selected for September`s World Cup qualifiers. 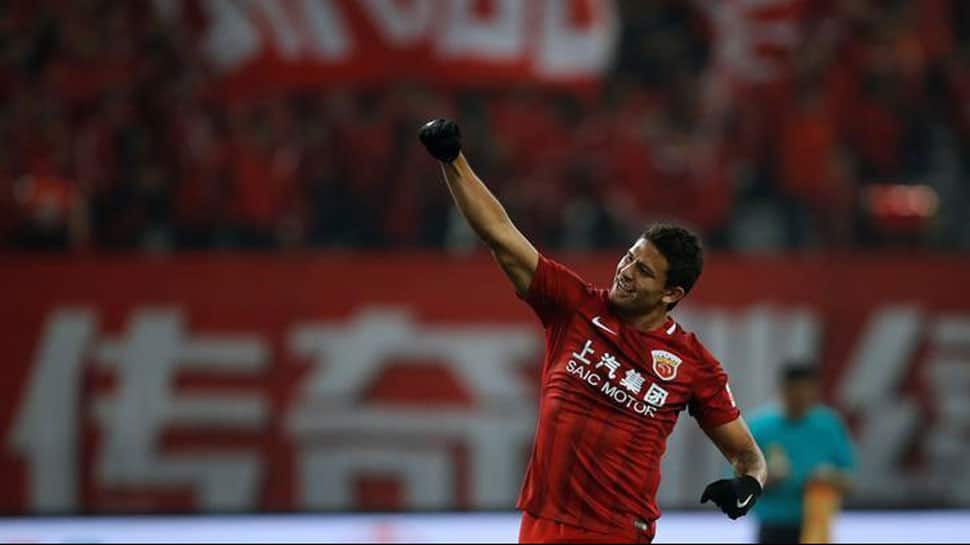 He may be the first, but Brazil-born striker Elkeson believes he will not be the only foreign player to be naturalised during China`s attempt to secure World Cup qualification for the first time in almost two decades.

The Guangzhou Evergrande forward broke new ground for Chinese football earlier this month when he became the first player without Chinese heritage to be included in the country`s national squad when he was selected for September`s World Cup qualifiers.

His selection comes just weeks after he was granted citizenship and, with the country desperate to qualify for the tournament for the first time since making their debut appearance at the finals back in 2002, Elkeson acknowledged others are likely to follow in his footsteps.

"For me as a player, I received an invitation from the Chinese Football Association, so this was a decision made by them," the 30-year-old told Reuters of the move to make him eligible for the Marcello Lippi-coached national side.

"I believe there will be more players like me, who will be naturalised to help improve the results of China`s men`s national team."

"We all have a dream, a goal that we want to achieve and that is to qualify for the next World Cup. We believe as players that we will do everything we can to help the national team on the pitch."

"We will do everything. We will dedicate all of our efforts and hopefully, we can achieve this goal together."

England-born Nico Yennaris - who now goes by the name Li Ke and qualifies to play for China through his mother - was the first overseas-born player to be included in a China squad when he was called up by Lippi for June`s friendly matches against the Philippines and Tajikistan as the Chinese look to compensate for years of poor development work by casting their net around the diaspora.

Others with Chinese heritage, including former Everton defender Tyias Browning, are having their applications for Chinese citizenship assessed while speculation has increased in the media that several other Brazil-born players will join Elkeson in attaining citizenship.

Elkeson, who was called up by Brazil in 2011 but never played for his native land, qualifies for China after spending almost seven years playing professionally in the country having joined Guangzhou Evergrande in 2013 from Botafogo.

In his first stint with the club, he won three Chinese Super League titles as well as the Asian Champions League crown in both 2013 and 2015 before shifting to Shanghai SIPG, where he again won the CSL title in 2018.

His return to Guangzhou last month was swiftly followed by the completion of his application for Chinese citizenship and a place in the squad for his adopted nation.

"Both of my parents supported my decision and this was one of the major factors in me making this decision," said Elkeson, who will go by the name Ai Kesen when he plays for China.

"But I`ve also had support from my teammates, from my Chinese teammates and also from many Chinese players that I know playing at other teams."

"I believe most of them have a good relationship with me and this is also a very important reason for me to make this decision."

"Of course, the support from the fans is very important too and it`s important for me to play for the China national team in the future and to score for them and hopefully with this kind of performance I can return the love and help they`ve given me over the last few years."

China begin their campaign to qualify for the 2022 World Cup finals on Sept. 10, when they face the Maldives in Male in Asia`s second round of qualifying.

They have also been drawn to face Syria, Guam and the Philippines, with China favourites to top the group and advance to the final phase of the competition to determine the region`s representatives at the tournament in Qatar.