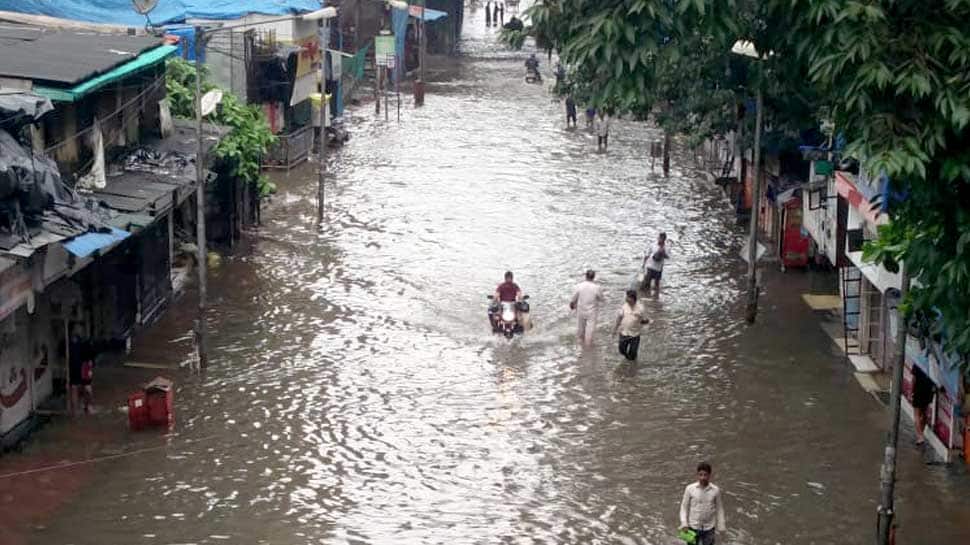 Heavy to extremely heavy rainfall will lash parts of Gujarat, Maharashtra and Goa on Thursday evening, warned the Indian Meteorological Department (IMD). A red alert has been issued for Madhya Maharashtra, Konkan and Goa regions.

Strong winds with speed reaching 40-50 kmph are likely to prevail over parts of Arabian Sea. Fishermen have been advised not to venture into these areas.

According to the IMD, regions with red alert will experience “localized flooding of roads, water logging in low lying areas and closure of underpasses.”

There'll be “occasional reduction in visibility due to heavy rainfall” and “disruption of traffic flow in major cities due to water logging in roads leading to increased travel time.”

The weather department has also warned of minor damage to Kutch roads, possibilities of damage to vulnerable structure, localised mudslides and damage to horticulture crops.

“A low pressure area is very likely to form over Eastcentral Arabian Sea and adjoining areas of northeast Arabian Sea, north Konkan & south Gujarat coast around 20th September. It is likely to move west-northwestwards and concentrate into a depression during the subsequent 48 hours,” said the IMD.

All schools and junior colleges in Mumbai, Thane, Konkan regions will remain closed on Thursday in the view of 'extremely heavy rainfall' warning in the city and adjoining areas. “In view of heavy rainfall forecasts. As a precautionary measure, holiday is declared for all schools & junior colleges in Mumbai, Thane, Konkan region for today 19 Sep 2019. District collectors in other parts of Maharashtra to decide, based on local conditions,” tweeted Maharashtra Education Minister Ashish Shelar.

In its weather forecast on September 18, the IMD said that very heavy rainfall was likely in Mumbai and isolated areas across Palghar, Thane and Raigad districts. Other cities of Maharashtra including Nashik, Pune, and Aurangabad are also likely to witness another heavy spell of rainfall in the next 24 hours.