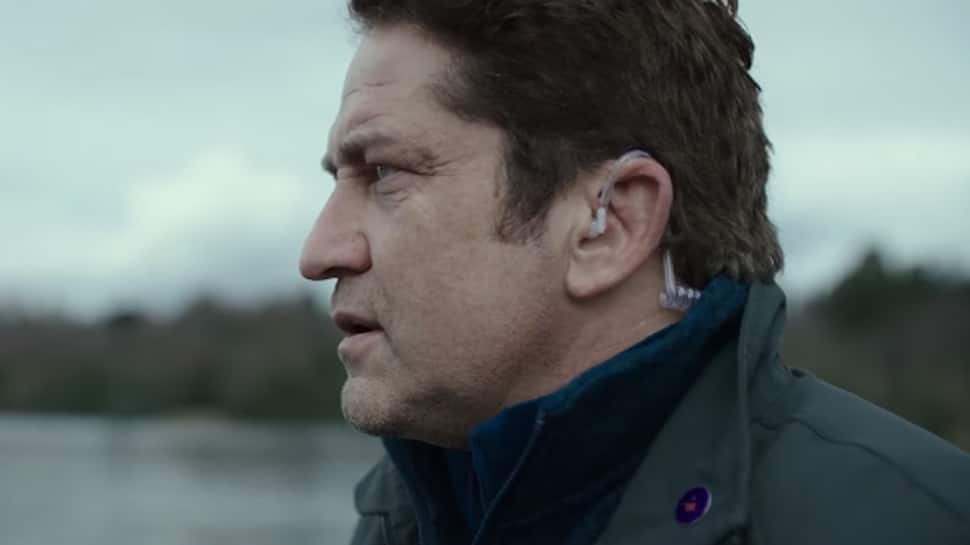 Saving the President of the United States by his loyal security handler is the DNA of the Fallen film series.

Gerard Butler returns as the Secret Service Agent Mike Banning, serving Allan Trumbull (Morgan Freeman) who is now the President of the United States. He is loyal and protective of the President, to the point of being his "Guardian Angel".

Banning is due for promotion as the Director of the Secret Service, but he is contemplating taking up the assignment as he has some health issues which are bothering him. Apart from his doctor no one is aware of his illness.

During one of the President's outings, a fishing expedition not far from Washington, the President's entire security staff is wiped out, in what looked like an elaborate assassination set-up designed by brilliantly trained mercenaries.

Now, instead of being appreciative of his exemplary service and heroism, Banning is charged with being in collaboration with the Russians in their attempt to murder the President. How Banning wriggles out of his seemingly inescapable predicaments, then gets caught or surrenders and finally bust his way out, to fight the forces against the President, forms the bulk of this film.

The film is astutely designed, action packed and fast paced. What it lacks is a powerful antagonist. Danny Huston as Wade Jennings, the main bad guy who is willing to go to any lengths to bring down the government simply for personal gains, lacks persona. Though he is sincere in his performance, his treats appear cartoonish and hardly disturbing.

Nick Nolte in an emotionally packed role as Banning's eccentric dad, whose enchanting performance as a loving dad ready to help his son, more than makes up for the non-descript antagonists. It is amusing to watch the septuagenarian with scraggly-white-beard go about detonating bombs by remote-control trigger.

Morgan Freeman as the compassionate President Trumbull is charming and lovable. The others in supporting roles are: Jada Pinkett Smith as the FBI leader, Tim Blake Nelson as Vice-President Kirby and Piper Perabo as Banning's wife Leah.

On the technical front, the film is astutely mounted with all the trappings of an A-grade action film. The fight sequences are brilliantly choreographed, picturised and layered.

Overall, despite the predictability of the narrative and few cinematic liberties that have been taken, the film is engaging and entertaining.