What follows is a political game of strategic planning, murders, rumour mongering, manipulations and double-crossings, all akin to the "Game of Thrones". 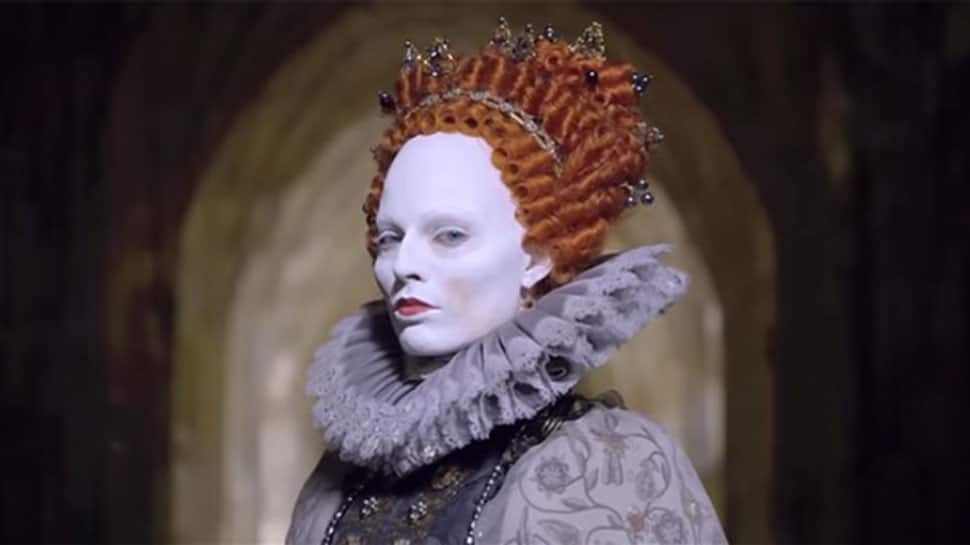 Written by Beau Willimon based on John Guy's "Queen of Scots": The True Life of Mary Stuart, this film is a visually interesting, 16th-century historical drama that gives an insight into the 'Catholic-Protestant church' politics of that time.

Narrated in a non-linear format, the narrative begins with the climax of the story and then seamlessly slips into a flashback in 1561, when the 18-year-old Mary Queen of Scots (Saoirse Ronan) returns to Scotland from France after the death of her husband where she is received by her half-brother, the Earl of Moray.

Despite being innately controversial thanks to her Catholicism and self-confidence, Mary the daughter of Scotland's King James V, considers herself to be the rightful ruler of England and heir to the throne of her Protestant cousin Elizabeth I's throne.

Queen Elizabeth I (Margot Robbie), the daughter of King Henry VIII and Anne Boleyn, refuses to acknowledge and legitimatise Mary as the heir to the throne but permits her to rule Scotland provided she marries an English Man.

What follows is a political game of strategic planning, murders, rumour mongering, manipulations and double-crossings, all akin to the "Game of Thrones".

The lives and courts of Elizabeth and Mary run in interesting parallel, as they discover that few of their advisors can be trusted and underhand political machinations are endlessly whirring.

While the film is astutely mounted, its historical credibility is debatable and what add to the viewing struggle, are the numerous characters that emerge in the story, the complexity of the events, since very little context is revealed.

Also, the film, to certain extent seem perfectly complacent. The final act appears to be a rushed job that it is virtually impossible for the film to sustain a coherent narrative rhythm, making the entire construct of royal succession feel absurd.

What keeps the film afloat are the performances. Ronan puts in a compelling performance as the eponymous free-thinking and fearless 18-year-old who is constantly surrounded by a supportive group of women, lovers and gender non-conforming friends. Her strength is undeniably feminine even in her martyrdom.

Robbie balances the scales with her empathetic performance as the vain, cruel, neurotic and eventually ruined emotionless ruler who is now, "more man than a woman".

Visually the period is well-captured with grand costumes and production designs. The frequent views of unspoiled Scottish scenery keep the screen vibrant and with aesthetic lighting in the interior shots every frame appears mesmerising.

Overall, by the end, despite its dramatically truncated effect, the film appears like any other traditional, historical melodrama.