Nirbhay is a long range, all-weather missile that can be launched from multiple platforms. 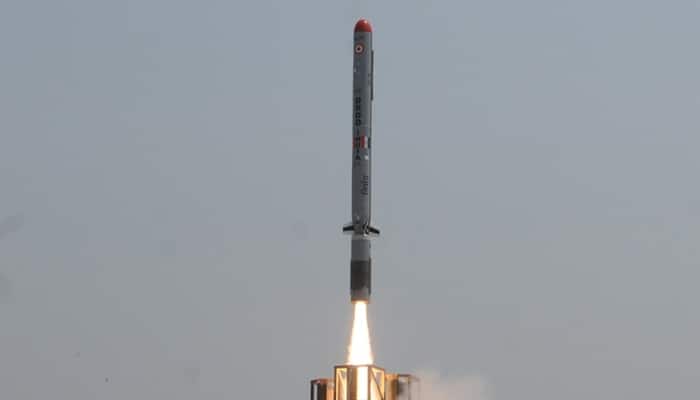 India on Monday successfully test-fired 1,000 km strike range sub-sonic cruise missile 'Nirbhay' off the coast of Odisha. Developed by Bengaluru-based Aeronautical Development Establishment (ADE), a lab under Defence Research and Development Organisation, Nirbhay is a long range, all-weather missile that can be launched from multiple platforms. This sub-sonic cruise missile is capable of carrying conventional and nuclear warheads.

Powered by a solid rocket booster for take off, once Nirbhay reaches the required velocity and height, its further propulsion is managed by a Turbofan engine. An inertial navigation system developed by Research Center Imarat (RCI) gudies this missile, while a radio altimeter is used for height determination.

Nirbhay is equipped with a Ring Laser Gyroscope (RLG) based guidance, control and navigation system. It also comes with a MEMS based Inertial Navigation System (INS) and the GPS system. Measuring 6 metres, the width of Nirbhay missile is 0.52 metres and it has a wing span of 2.7 metres. The weight of this missile is about 1500kg. Experts maintain that Nirbhaya can deliver 24 different types of warheads depending on mission requirements.

The missile has a loitering capability, which allows it to go round a target and perform several manoeuvres and then re-engage it successfully. The Nirbhay missile can select a target among multiple targets and then attack it.The two side wings of Nirbhay missile allows it to fly at different altitudes ranging from 100 m to 4 km above the ground. In times of need, this sub-sonic missile can also fly at low altitudes to avoid detection by enemy radar.

The Nirbhay missle will supplement the role played by Brahmos missile for the armed forces in due course of time by delivering warheads farther than Brahsmos range of 450 km.