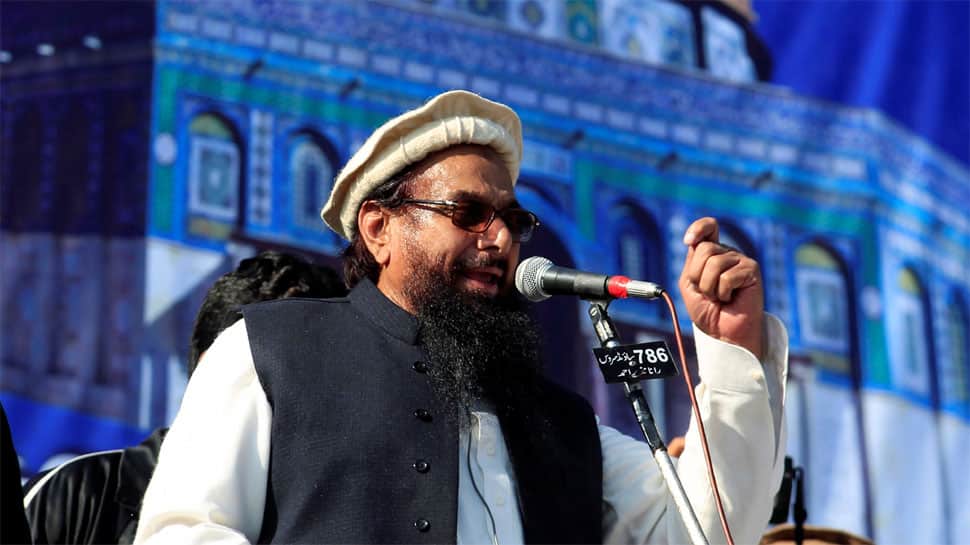 Saeed, the globally listed terrorist, was on his way to Gujranwala from Lahore when he was intercepted by the authorities. The co-founder of Lashkar-e-Taiba (LeT) and the chief of proscribed outfit Jama'at-ud-Da'wah (JuD) and Falah-e-Insaniyat Foundation (FIF) will now be sent to judicial remand.

The Indian Government But India has rejected actions by Islamabad with a source in the government telling Zee Media that "We have seen this 'action' before. Important that it is irreversible and verifiable."

The development comes a day after the anti-terrorism court (ATC) in Lahore granted pre-arrest bail to Saeed and three others in a case pertaining to the outfit`s alleged illegal use of land for its seminary on Monday. Saeed had challenged the terror financing cases lodged against him in the Lahore High Court (LHC), adding that he Saeed has no relation with LeT, Al-Qaeda or any other similar the banned organisations.

The CTD, in a major crackdown against terror financing, had registered 23 cases against the JuD chief and 12 aides for using five trusts to "funnel funds to terror suspects" in July.

The move came after the Financial Action Task Force (FATF) continued placing Pakistan on its "grey list"  after failing to meet deadlines to controls money laundering and terrorism financing. The watchdog has now set an October deadline to improve its efforts against terror financing.

This is not for the first time he has been arrested. The last time when he was arrested, the Pakistani courts had released him due to lack of evidence.

New Delhi has been asked Islamabad to take credible, verifiable, irreversible & sustainable measures on terror groups and financing of terror from any territory under its control.