According to the United States Geological Survey (USGS), the 5.8-magnitude earthquake struck at a shallow depth of 10 kilometers with its epicenter lying 1km southeast of Mirpur, Pakistan Occupied Kashmir. 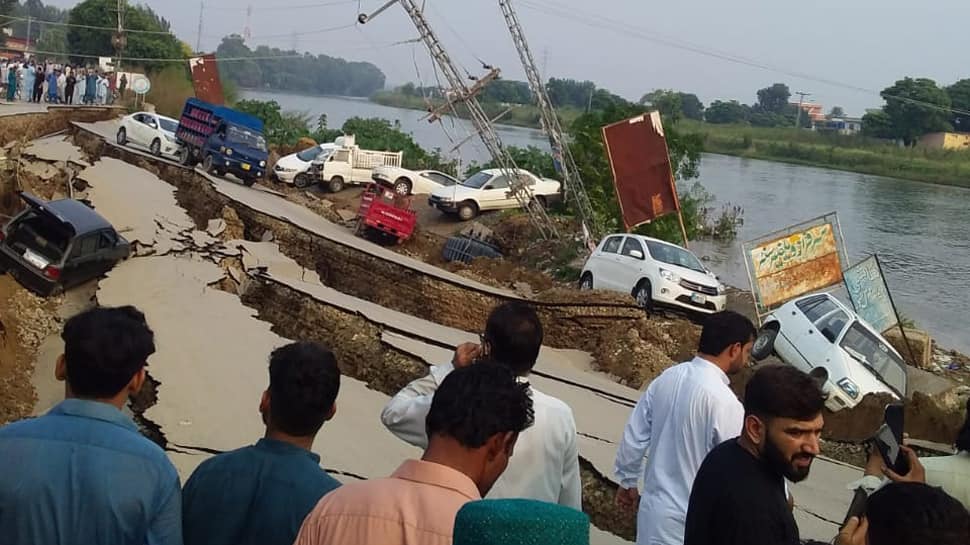 A strong earthquake measuring 6.3 on Richter Scale struck the Pakistan-India border region at about 4.32 pm, according to the Indian Meteorological Department. The tremors were felt in Delhi, Noida, Gurugram, Chandigarh and several parts of Uttar Pradesh, Jammu and Kashmir and Punjab too. There have been no reports of any loss of life or property from the quake in India so far.

According to the United States Geological Survey (USGS), the 5.8-magnitude earthquake struck at a shallow depth of 10 kilometers with its epicenter lying 1km southeast of Mirpur, Pakistan Occupied Kashmir. Emergency has been declared in PoK's Mirpur as road networks in the area has been badly damaged due to earthquake. According to initial reports, around 50 people were injured due to the earthquake in Mirpur.

Geo TV reported that tremors were felt in Islamabad, Rawalpindi, Murree, Jhelum, Charsadda, Swat, Khyber, Abbottabad, Bajaur, Nowshera, Mansehra, Battagram, Torghar and Kohitan. According to Dawn, the tremors lasted for 8-10 seconds in different parts of Pakistan and were felt strongly.

Najeeb Ahmed, a deputy director at Pakistan Meteorological Department's earthquake centre, told Dawn NewsTV that the quake measured 5.8 on the Richter scale and was at a depth of 10 kilometres.