At least nine more bodies have been recovered from Kavalappara, near Nilambur, in Kerala's Malappuram district where a massive landslide occurred on August 8, Thursday night, news agency ANI reported. 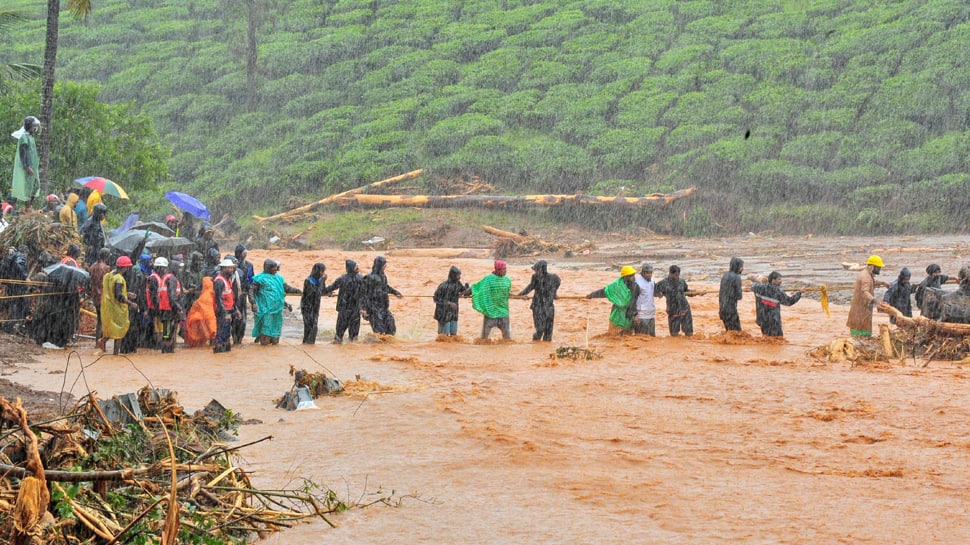 Malappuram: At least nine more bodies have been recovered from Kavalappara, near Nilambur, in Kerala's Malappuram district where a massive landslide occurred on August 8, Thursday night, news agency ANI reported.

Around 50 people were reported to be trapped underneath the debris after the huge landslide on the fringes of a hillock in a disastrous consequence of the torrential downpour occurring in the state over past few days.

Due to the landslide, all communication was cut off in Kavalappara, and response team received the information hours later. As the rain continued to pour the following day, search and rescue operations were hampered.

On Friday, three bodies were recovered while locals said that more than 30 families had gone missing after the landslide.

Chief Minister Pinarayi Vijayan in a tweet on Friday said that an alert was sounded and relief and rescue teams would reach the landslide site soon. He also urged families to evacuate to safer places and corporate with the rescue teams.

According to reports, around 17 families were shifted to safer areas as the response teams faced difficulty in navigating due to incessant rains.

Kerala has been the worst-hit by the fury of monsoons as around 50 people have reportedly lost their lives across the state till on Saturday which was hit with massive landslides and severe waterlogging causing the flood-like situation.