AAP leader Tahir Hussain denies role in Delhi riots, says he was himself rescued by police

AAP leader Tahir Hussain said that he had called Joint CP of Delhi Police Alok Kumar and former DCP Ajit Singla on February 24 when the riots broke out in Chand Bagh informing them that some rioters were trying to enter inside his home. 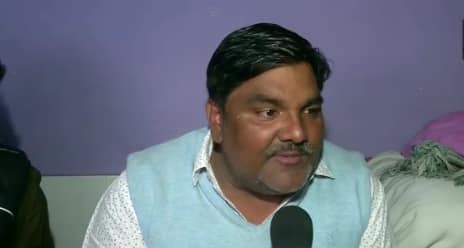 Aam Aadmi Party (AAP) leader Tahir Hussain, who is in the eye of storm for his alleged involvement in fanning the riots in Chand Bagh area of North East Delhi, on Thursday (February 27) said in an exclusive interview to Zee News he was not involved in the riots and he has been defamed as part of a political conspiracy.

Hussain said that he had called Joint CP of Delhi Police Alok Kumar and former DCP Ajit Singla on February 24 when the riots broke out in Chand Bagh informing them that some rioters were trying to enter inside his home. According to Hussain, cops had searched his home on February 24 at 11 pm and he was then asked to leave the home with his family in order to save his life.

“On February 24, the police had removed me and my family from the area. After that, the whole building and the area were under the control of the police. I don’t know anything more about it. The DCP came and evacuated us and then investigated the building. I have given my byte to the party,” he added.

When asked that stones and petrol bombs have been found on the roof of his house, Hussain said that he was unaware about how these materials reached inside his home. Hussain asserted that he was ready to face any probe and will cooperate with the police in investigating the matter.

Hussain also denied the claims of the family of Intelligence Bureau staffer Ankit Sharma who was killed by the mob during the riots, saying that he has no involvement in the incident.

Hussain also expressed condolence towards the family of IB staffer Sharma but said that he had left Chand Bagh on February 24 (Monday) and Sharma was killed by rioters on February 25 (February 25).

Meanwhile, Delhi Police on Thursday sealed the house of Tahir Hussain and started probe into allegations that he was involved in instigating rioters.

The clashes between pro and anti-Citizenship Amendment Act protesters erupted in Delhi on Sunday (February 23) and continued unabated till Tuesday (February 25), claiming the lives of at least 38 people and leaving over 200 injured. The situation is still tense in several parts of North East Delhi and the security forces are on the streets to monitor the situation.