The 12th edition of the biennial Aero India 2019 air show took off on Wednesday at the IAF Yelahanka base in Bengaluru. 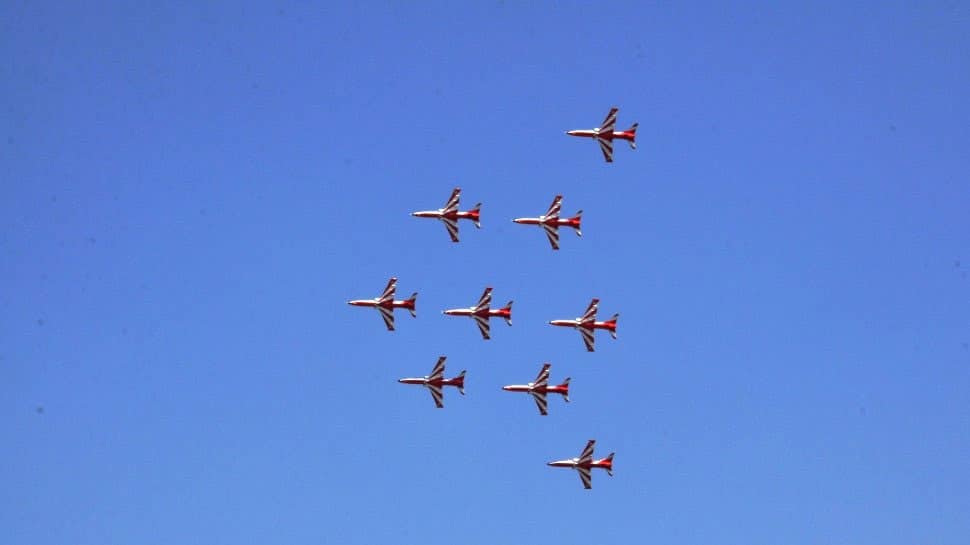 New Delhi: The Indian Air Force (IAF) on Saturday said that the ongoing Aero India show will continue as scheduled for the fifth day. It added that people should not pay heed to the rumours.

"Aero show will continue as scheduled for the 5th day. People should not pay heed to rumours," IAF PRO, Anupam Banerjee, said.

The confirmation from the IAF comes barely hours after a massive fire broke out in the parking area of Yelahanka Air Base, where the show is taking place. According to the Air Force Police and Central Industrial Security Force (CISF), at least 300 vehicles were gutted in the blaze.

A blanket of thick black smoke engulfed the area causing panic among locals and those visiting Aero India on its fourth day.

On Tuesday, a day before the opening of the Aero India show, two aircraft of the IAF's aerobatic team Surya Kiran had crashed, after grazing each other mid-air, near Bengaluru. A pilot was killed and two others were injured in the accident.

The 12th edition of the biennial Aero India 2019 air show took off on Wednesday with a dazzling flying display of aircraft at the IAF Yelahanka base in the capital of Karnataka.