Less than a day after Manohar Parrikar died, Congress staked claim to form the government in Goa.

Less than a day after Manohar Parrikar died, Congress staked claim to form the government in Goa.

In a letter addressed to Governor Mridula Sinha, Congress claimed that since the coalition government in Goa had been formed on the condition that Parrikar would be the CM, his death has left the BJP with no allies. "We deeply mourn the sad demise of Shri Manohar Parrikar, Chief Minister of Goa. This unfortunate development calls for the immediate action on your part for the smooth transition and transfer of power," reads the letter. "The coalition partners of the Parrikar-led government had allied with BJP on condition that the government is headed by Mr Manohar Parrikar, the then Defence Minister of India. The BJP, therefore, has no allies as of now."

In the letter, Congress further said that since it is the single-largest party, it should be invited to form the next government. "We therefore hereby once again stake claim to form the government." 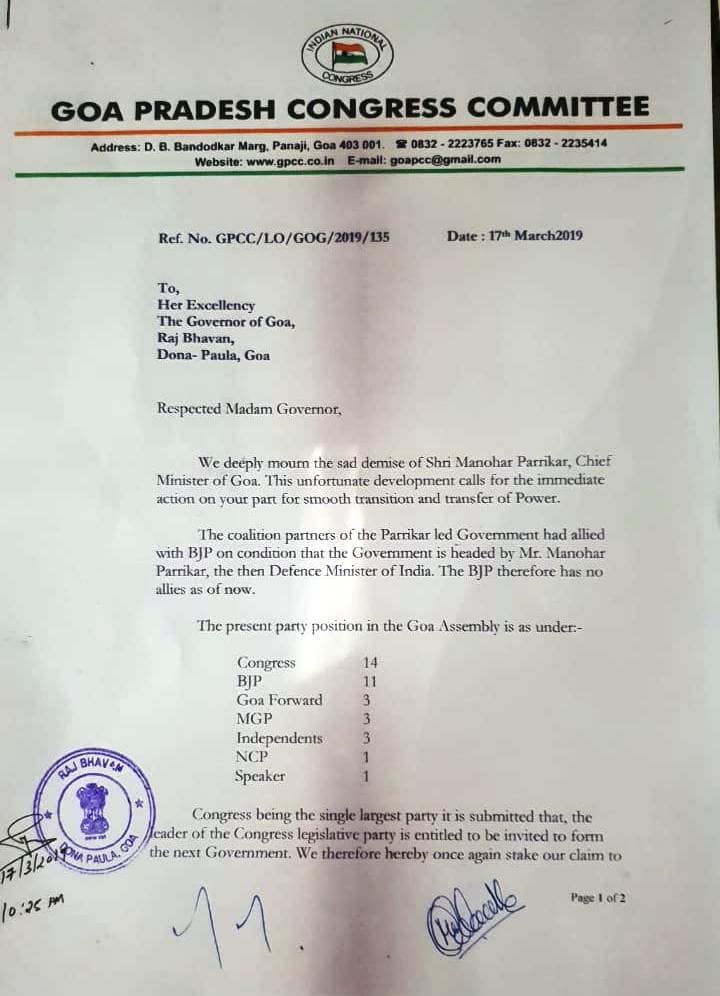 Meanwhile, the BJP and its allies in Goa had held an emergency meeting on Sunday but there was no consensus. Sources said that a number of allies want to see their candidate take over as CM. A decision in this regard is expected later on Monday even as Goa and the entire country mourns the death of Parrikar.

Parrikar's mortal remains will be at the BJP headquarters in Panaji and the last rites would take place at 1700hrs.