The all-party meeting is being held at the Parliament Library Building. 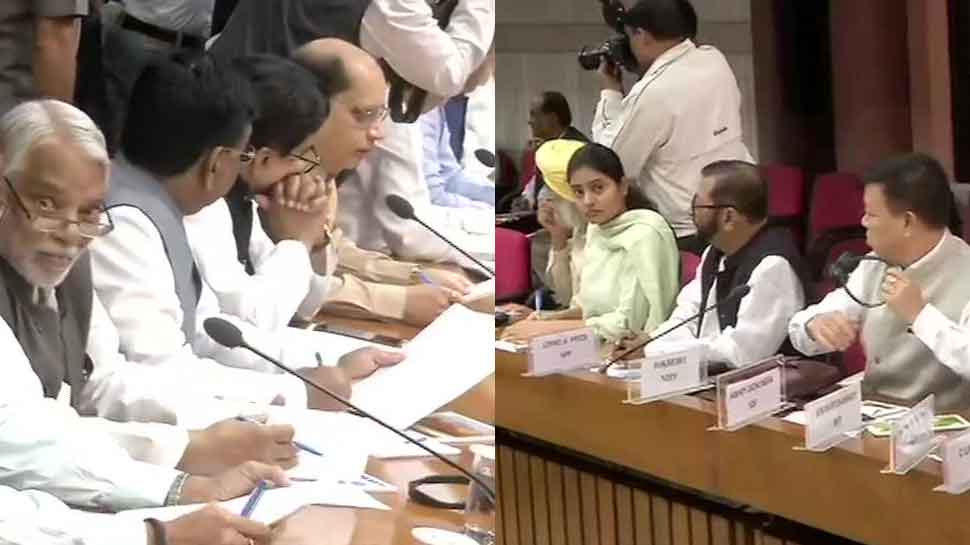 NEW DELHI: The all-party meeting convened by Parliamentary Affairs Minister Pralhad Joshi on Sunday concluded after the Prime Minister assured the opposition leaders that issues raised by them will be discussed during Parliament's upcoming winter session and timely addressed by his government.

Farmers' woes, unemployment, alarming air pollution in the national capital region were among the key issues which were raised by the top opposition party leaders, including Ghulam Nabi Azad, Sanjay Singh of AAP.

During the all-party meeting, LJP leader Chirag Paswan raised the issues concerning the youths of the country and expressed concerns over the alarming rate of unemployment.

Responding to the concerns raised by the opposition leaders, the PM assured that all those issues would be properly debated in the Parliament and the government will make efforts to address them in a time-bound manner.

Th meeting was called a day ahead of the Parliament's winter session that begins from Monday.

Union Ministers Amit Shah, Thawarchand Gehlot, V Muraleedharan and Arjun Ram Meghwal were among those who attended the meeting at the Parliament Library Building.

Other leaders including MDMK's Vaiko, TK Rangarajan of CPM, TR Balu of DMK, YSRCP's V Vijayasai Reddy, Manoj Jha of RJD, Ram Gopal Yadav of SP, Sanjay Singh of AAP were among those present in the meeting.

Importantly, Shiv Sena, which recently parted ways with its longtime NDA ally BJP, had sent its MP Vinayak Raut to attend the meeting.

The Maharashtra-based party, which walked out of the BJP-led NDA government of Prime Minister Narendra Modi earlier this week, has already announced that it will not attend the meeting of the National Democratic Alliance later today.

"I have learnt that the meeting (of NDA constituents) is being held on November 17. We had already decided against attending the meeting considering the developments in Maharashtra...our minister resigning from the central government," Shiv Sena MP Sanjay Raut had said on Saturday.

Raut made the announcement after meeting his party chief Uddhav Thackeray.

The government is expected to lay thrust on its legislative agenda, the opposition parties are likely to raise the issues of their concern.

On Saturday, an all-party meet was convened by Lok Sabha Speaker Om Birla ahead of the winter session in an effort to ensure the smooth functioning of the House.

The Parliament session will continue till December 13.