On Tuesday evening, Sonu Singh had been shot dead in Amethi over extortion. A video of Kumar losing his temper and holding the collar of Sunil Singh had gone viral on the social media on Wednesday. 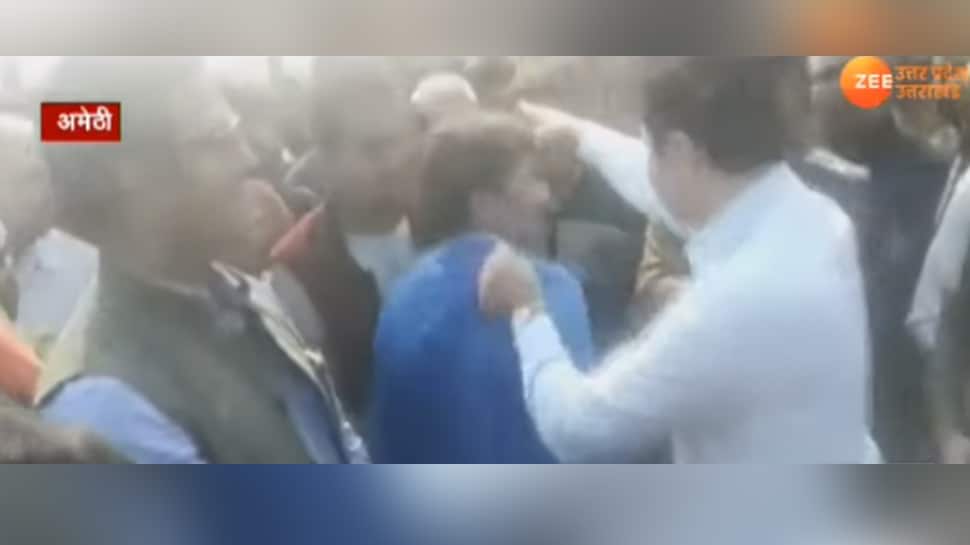 The Uttar Pradesh government on Thursday took strict action and removed District Magistrate (DM) of Amethi, Prashant Kumar, from the post, a day after he misbehaved with the brother of a slain Bharatiya Janata Party (BJP) worker. On Tuesday evening, Sonu Singh had been shot dead in Amethi over extortion. A video of Kumar losing his temper and holding the collar of Sunil Singh had gone viral on the social media on Wednesday.

Currently, Kumar has been put on the waiting list and Arun Kumar as been appointed as the new District Magistrate (DM) of Amethi. Arun is the Vice Chairman of Moradabad Development Authority.

Later, on Wednesday night, a video of Sunil Singh was posted on the social media in which he is seen giving a clean chit to the district magistrate and claiming him to be an old acquaintance.

The Amethi Police has registered a case of murder against three unidentified people in Gauriganj. Sonu Singh, the owner of a brick kiln, was shot dead allegedly over extortion demand of Rs 2 lakh barely 500 m away from the Superintendent of Police`s (SP) office.

Sonu`s father Shivnayak Singh is also a local leader of the BJP. Sonu`s brother Arpit Kumar Singh had accused Chandra Shekhar Kesarwani, Shubham Tiwari and three other unidentified persons in the complaint filed at Gauriganj police station after which an FIR was lodged.

This was the second controversy involving Sharma in past one week. Sharma had arrived late for a court hearing in Amethi and the judge punished hin by keeping him in custody till the evening.