The Delhi High Court on Wednesday (December 11)  had directed the Delhi Police to provide adequate security to JNU Vice-Chancellor, registrar and other officials for ensuring the proper functioning of the University. 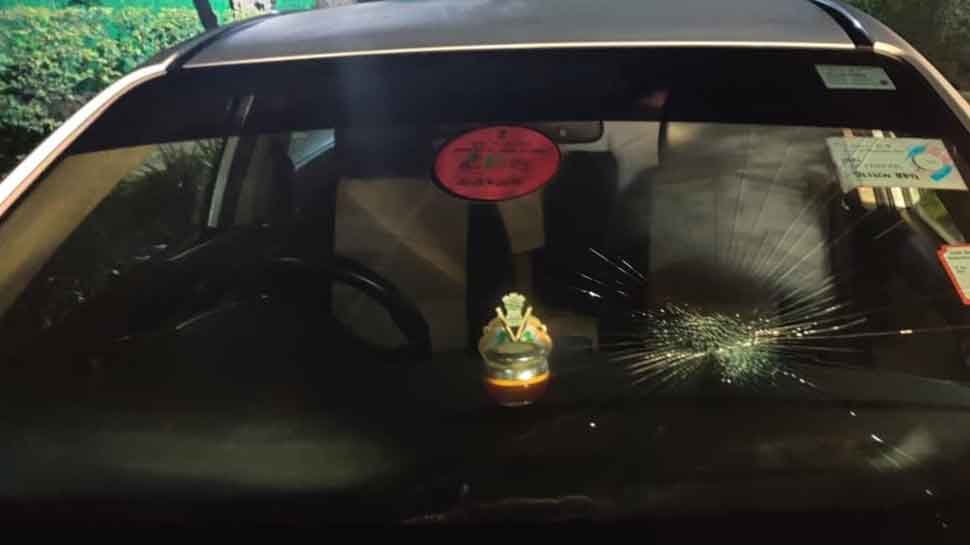 New Delhi: Jawaharlal Nehru University (JNU) vice-chancellor M Jagadesh Kumar's car was allegedly attacked by students inside university premises, at 5 pm on Saturday as the protest related to fee hike continues in the university. According to reports, the students tried to physically attack the vice-chancellor and damaged his car.

Speaking to ANI, Jagadesh Kumar said that a group of 10 to 15 students attacked him while he was in the university. He said, ''I was attacked today. I had gone to visit School of Arts & Aesthetics, JNU where around 10-15 students surrounded me. They were trying to pull me down and in a mood to attack me. Fortunately, I was rescued by security & managed to escape.''

The JNU administration on Thursday (December 12) conducted a meeting with the presidential candidates who had contested the 2019 student elections, to discuss the proposed fees hike issue which was also attended by Jagadesh Kumar. After the meeting, he had appealed to the students for calling off the strike in the interest of thousands of students. However, the meeting was attended by five out of the six elected candidates.

Delhi High Court on Friday had sought affidavit from JNU regarding the details of students against whom contempt petition was filed. Earlier, JNU administration had moved in the court seeking contempt action against Delhi police and several JNU students and their leaders.

The plea was filed which sought contempt action against students for allegedly violating Delhi HC's ruling which restrains them to protest within 100 meters of admin block of university. The plea further states that the protest which began from October 28 has highly hampered the day to day working of the administration.

The Delhi High Court on Wednesday (December 11)  had directed the Delhi Police to provide adequate security to JNU Vice-Chancellor, registrar and other officials for ensuring proper functioning of the University.

On December 9, Delhi Police resorted to lathi-charge a clash with protesting JNU students, who were marching towards Rashtrapati Bhawan. The students were marching to meet the President over the fee hike issue.

Footprint of every major act of terrorism passes through Pakistan: India at UN