Amit Shah in Srinagar for two-day visit, to review security arrangements in J&K

Shah is on a two-day visit to review the overall security situation in the state and the security arrangements for the upcoming Amarnath Yatra in particular. 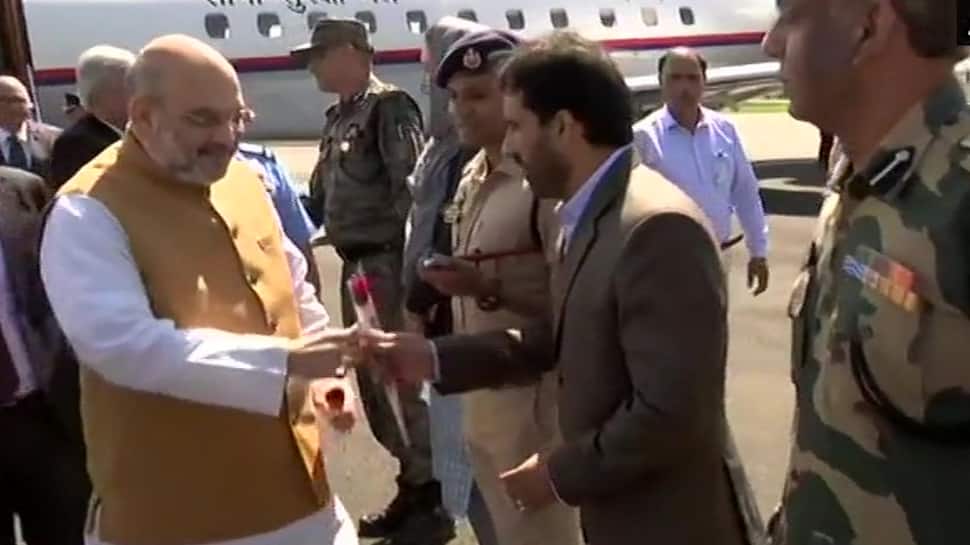 Union Home Minister Amit Shah on Wednesday reached Srinagar, Jammu and Kashmir, his first visit after assuming office. Shah is on a two-day visit to review the overall security situation in the state and the security arrangements for the upcoming Amarnath Yatra in particular.

As per the schedule, the Home Minister will chair a high-level meeting to discuss the security situation in the state. He will also take stock of the developmental activities. He will also hold meetings with BJP workers and office bearers and some delegations in the evening. On both the days, Shah will meet the families of BJP workers killed by terrorists. On June 27, Shah will again review the overall security situation in the region and later hold meetings with delegations. He will fly out of Srinagar in the afternoon.

Shah will also meet Governor Satya Pal Malik to discuss the prevailing security scenario in the state. His visit is also significant as it comes in the wake of the increased attacks on security forces in the state.

The state of J&K has been under President's rule after six months of Governor's rule had ended on December 19 of 2018. This had been imposed after the PDP-BJP alliance in the state had collapsed.