Social activist Anna Hazare is planning to launch the agitation by July latest. 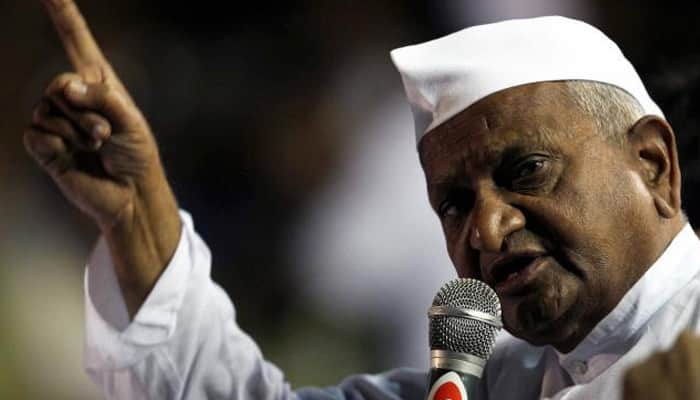 Alwar: Social activist Anna Hazare is all set to launch another agitation from Ramlila Grounds in New Delhi. This time, his target is the Narendra Modi government.

Talking to Firstpost in Alwar, Hazare alleged that the government was not willing to appoint a Lokpal at the Centre.

“I even wrote a letter to Prime Minister (Narendra) Modi questioning why their government had shown so much apathy in appointing a Lokpal. My fast at Ramlila grounds in 2011 attracted nationwide attention and it was in response to our agitation that we succeeded in getting the Lokpal bill passed in Parliament. When the present government is showing no enthusiasm to appoint a Lokpal, then I have been left with no choice,” said Hazare.

The social activist is planning to launch the agitation by July latest.

“When the Modi government came to power, I was hopeful that the demands for the implementation of the Lokpal Act would have been met but in the last three years, this has not happened. I receive complaints about corruption from all around the country all the time,” noted Hazare.

He added that he will “go on a 'satyagraha'”.

Targeting Modi government, Hazare added: “I have been silent for three years but the promises that were made to me and the people have not been fulfilled.”

Chetan Cheetah survives 9 bullets, beats death and comes out of coma after 2 months