"Wearing a burqa is a matter of choice and it has become a security threat, so does the Sadhvi's outfit." 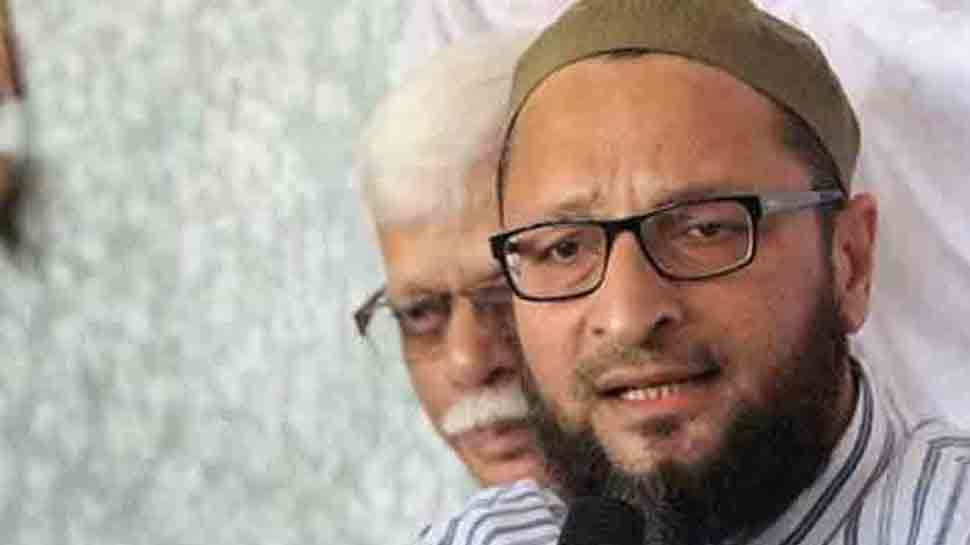 New Delhi: AIMIM chief Asaduddin Owaisi on Wednesday slammed the Shiv Sena's article in its mouthpiece 'Saamna' which had demanded the imposition of a ban on burqa to ensure national security.

Slamming Sena's article in its mouthpiece, Owaisi said that it was a violation of the poll code and urged the Election Commission to take notice of it. "Wearing a burqa is a matter of choice and it has become a security threat, so does the Sadhvi's outfit," he said.

Calling the article a 'Popatmaster' (bearing no meaning at all), Owaisi quipped that earlier Sena used to heavily criticise Prime Minister Narendra Modi but now they have joined hands and are together.

In an editorial in party mouthpiece Saamna, Shiv Sena called for a ban on burqa as has been done in Sri Lanka following the Easter explosions there. It said that the ban is as necessary as the surgical strikes were and that Prime Minister Narendra Modi needs to show courage to go forward with it.

It said that the ban - something similar which the party has proposed in the past -- "has already come in Sri Lanka, when will it be implemented in Ram's Ayodhya -- this is our question to Prime Minister Narendra Modi."

"This restriction has been recommended as an emergency measure to ensure the security forces do not encounter difficulties in identifying anybody. People wearing face-masks or burqas could pose a threat to national security," said the Sena in an editorial in the party mouthpieces, 'Saamana' and 'Dopahar Ka Saamana'.

It said 'no Mahatma Phules or Shahu Maharajs' were born among the Muslims nor were allowed to become, which has worked to the advantage of whimsical elements like Shahabuddin, Azam Khan, Owaisi brothers and Abu Asim Azmi.

If such religious practices or traditions interfere with national security, then it must be ended immediately, and 'Modi will have to do it now'.

"This work will require as much daring as a 'surgical strike'. The Sri Lankan President had done it by overnight banning burqa or veils or face-covers of any types in all public places. This is a work of great courage and restraint exhibited by (Sri Lanka) President Maithripala Sirisena," lauded the Sena.

The BJP, however, played down the demand from its alliance partner.

"Sri Lanka issued a ban because of the scale of the recent attacks there. Under PM Narendra Modi's leadership, India is safe. There is a zero tolerance policy towards terrorism and the country is safe, there is no need for any bans," party spokesperson GVL Narasimha Rao told news agency ANI.

Why cyclone Fani is called Fani: Here's how and why cyclones are named