Asaduddin Owaisi reaches out to Rahul Gandhi in Maharashtra rally, but with a rider

AIMIM chief Asaduddin Owaisi has said that he is willing to compromise with the Congress party if Rahul Gandhi gives respectable number of seats to Prakash Ambedkar. 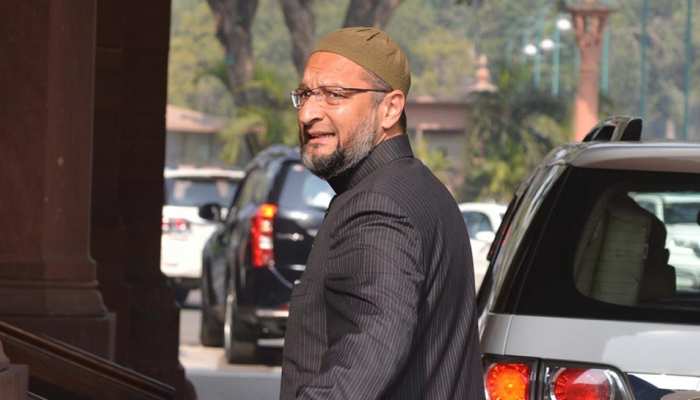 All India Majlis-e-Ittehad-ul Muslimeen (AIMIM) chief Asaduddin Owaisi on Thursday reached out to Congress president Rahul Gandhi, saying he was ready to align with the grand old party provided if agreed to one condition of the Hyderabad Member of Parliament.

Owaisi has said that he is willing to compromise with the Congress party if Rahul Gandhi gave respectable number of seats to Prakash Ambedkar’s Bharip Bahujan Mahasangh in the Mahagathbandhan – joint opposition alliance. He made the remark while addressing a rally in Maharashtra’s Nanded.

Speaking at the rally, Owaisi addressed Rahul Gandhi, Nationalist Congress Party (NCP) chief Sharad Pawar and former Maharashtra chief minister Ashok Chavan, saying that if they had “problem” with AIMIM, they should speak to his “elder brother Prakash Ambedkar”.

“I am speaking with full conviction, responsibility and with full seriousness to Rahul Gandhi and Sharad Pawar that if you have problem with AIMIM, then you should speak to my elder brother Balasaheb (Prakash) Ambedkar,” said the AIMIM chief.

He further said, “Give him the seats which he deserves to get. I do not want a single seat. Whatever seats you will give him, Asaduddin Owaisi will praise you in a separate meeting. I will not even come on your dais.”

Targeting Ashok Chavan, the Hyderabad MP added, “Tell me Ashok Chavan, are you ready? You speak big things. Today I am giving you offer - we do not need a single seat. You just give that much seats to my elder brother Balasaheb Ambedkar that suits his stature and position.”

This comes days after Owaisi targeted Rahul Gandhi after declaration of results of Telangana Assembly elections. The AIMIM chief had said that the results had proved that Congress party had been outrightly rejected.

The Hyderabad MP had further said, “It is time for Rahul Gandhi to introspect because people of Telangana have outrightly rejected Congress.”