Bangladesh leader Sheikh Hasina will hold talks with PM Narendra Modi today to deepen bilateral cooperation in areas such as trade and connectivity. 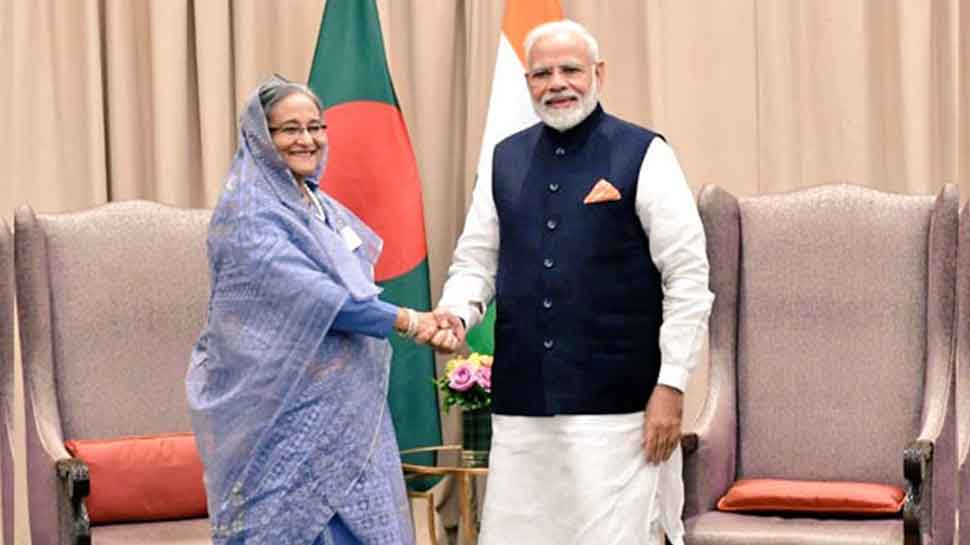 NEW DELHI: Bangladesh Prime Minister Sheikh Hasina, who arrived in the national capital on a four-day visit on Thursday, will hold talks with Prime Minister Narendra Modi to deepen bilateral cooperation in areas such as trade and connectivity on Saturday.

She also inaugurated the India Bangladesh Business Forum and participated in the closing plenary of the WEF.

The Bangladeshi leader will hold talks with her Indian counterpart following which the two sides will sign agreements.

During their discussion, Hasina is also likely to raise the issue of India's export ban on onions, which has caused inconvenience for people in Bangladesh.

"Pyaaz se thoda dikkat ho gaya hamare liye. Mujhe maloom nahi kyun aapne pyaaz bandh kar diya? Thoda sa notice agar dete toh dusre jagah se laa sakte the. Maine cook ko bol diya ab se khana mein pyaaz dalna bandh kardo. Aage se agar kisi bhi iss tarah aisa kuch karna hai, toh hume thoda sa pehle bata dena," (We have been slightly inconvenienced with the ban on onion. I don`t know why did you stop this? If you had given a notice to us, we could have got it from somewhere else. I have instructed my cook not to put onion while preparing food. If you want to do such a thing, then do let us know at the earliest), Hasina said in a light-hearted manner while speaking at the India-Bangladesh Business Forum.

The Bangladeshi leader said that her country was a little inconvenienced after the ban on onion export.

Her hilarious comments in Hindi on the onion export ban left the audience in splits.

Responding to her concerns, the External Affairs Ministry said, ''we are trying to see how to address the concerns of Bangladeshi PM.''

External Affairs Minister S Jaishankar will also call on Hasina during her visit.

This is her first visit to India since parliamentary elections were held in Bangladesh and India. Ties between the two countries have been on an upswing in the last few years.

Officials said both PM Modi and Hasina will deliberate on ways to further deepen bilateral cooperation, particularly in the areas of trade and connectivity.