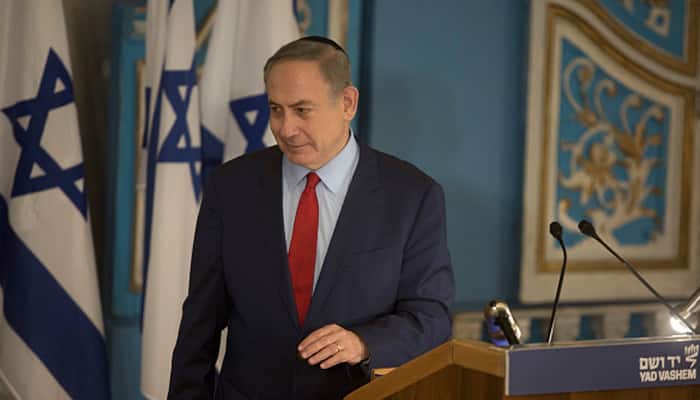 A day after Prime Minister Narendra Modi and his Israeli counterpart Benjamin Netanyahu pledged to fight the menace of terror, the latter is slated to visit Taj Mahal in Agra on Tuesday.

During his visit to Agra, Netanyahu will be welcomed by Uttar Pradesh Chief Minister Yogi Adityanath at Kheria airbase.

Netanyahu is slated to arrive at Kheria airbase in Agra at around 11.15 am, and is expected to leave back for the national capital at 3.15 pm.

Following his arrival in Delhi, the Israeli Prime Minister will inaugurate the third edition of Raisina Dialogue at Taj Palace Hotel in New Delhi. The event will be attended by Prime Minister Modi and External Affairs Minister Sushma Swaraj.

The theme of the Raisina Dialogue this year is 'Managing Disruptive Transitions: Ideas, Institutions & Idioms', and the three-day event will witness addresses by chiefs of Army chief General Bipin Rawat and Navy chief Admiral Sunil Lamba.

On Monday, Modi and Netanyahu said that they would take India-Israel ties to greater heights through mutual opportunities, even as the two leaders vowed to fight terrorism.

Addressing the India-Israel Business Summit, PM Modi had said, "I have always had a deep regard for Israel and its people. There is a new energy and purpose that has invigorated our ties over the last few years. It will help take our cooperation to greater heights. We stand on the cusp of a new chapter in India-Israel relations driven by our people and mutual opportunities for the betterment of lives".

The two countries signed nine Memorandum of Understanding (MoUs) in various sectors, including cybersecurity, energy and medicine. Netanyahu, who is on a six-day visit to India also received a ceremonial reception at the Rashtrapati Bhawan.