The incident took place when the students were heading towards their class after the morning assembly was over. 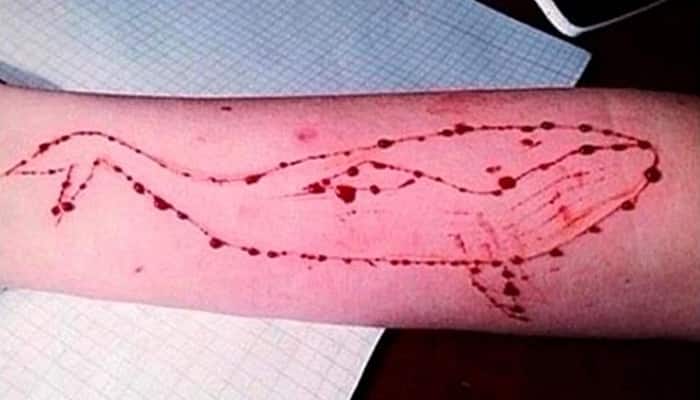 New Delhi: In yet another shocking incident, a class VII student from Indore attempted suicide by jumping off the third floor of his school building, allegedly after taking up the infamous Blue Whale Challenge. The 14-year-old boy, a student from Chameli Devi School was saved by his classmates.

Reportedly, the incident took place when the students were heading towards their class after the morning assembly was over. The boy suddenly climbed atop the railing but was caught by other students.

As per the reports of Times of India, the boy was very much annoyed when the Physical training teacher Sheikh Mohommad Farukh pulled him away from the railing. Talking to the leading daily,  school principal Sangeeta Poddar said,"The boy was initially scared, but later told us that he could not complete a task given to him while playing an online game and was asked to commit suicide."

Later the school administration called up the police, who were now investigating the matter. Speaking to TOI, additional superintendent of police Rupesh Dwivedi asserted, "The online game is downloaded on his father's mobile phone which he often used to play with. We are looking into the matter and have instructed the school to counsel the child and his parents."

This is said to be the second case in India of a teenager taking the deadly challenge, which has claimed lives of more than hundred children.

Earlier, a 14-year-old Mumbai boy named as 14-year-old Manpreet killed himself by jumping off the terrace of his seven-floor Andheri building.

What is Blue Whale game?

Originated in Russia, the deadly Blue Whale game or Blue Whale Challenge gives players a series of 50 tasks which culminates in suicide by jumping off a terrace building. The participants are also asked to share evidence in the form of photographs of the dreaded challenges completed by them.

The tasks include watching horror movies, waking up at unusual hours and self-harming. If reports are to be believed, the task has claimed lives of hundreds of teenagers across several countries.