The missile, featuring a number of indigenously developed sub-systems, was flight tested from a land-based mobile launcher for a designated range. 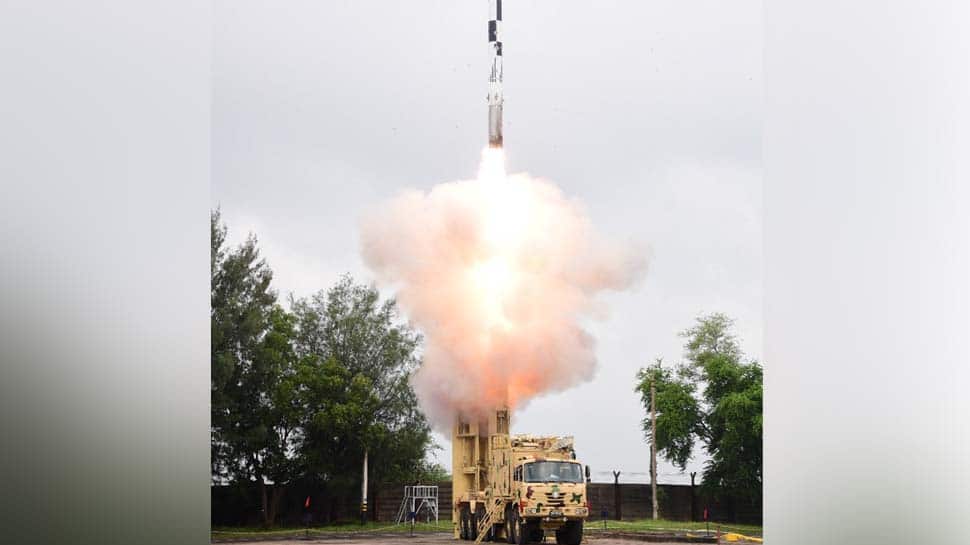 India on Wednesday successfully test-fired a new version of the surface-to-surface supersonic cruise missile BrahMos having a range of around 400 km from an integrated test range at Balasore in Odisha. The missile, featuring a number of indigenously developed sub-systems, was flight tested from a land-based mobile launcher for a designated range at 10:30 am from the integrated test range in Balasore.

The range of the new land-attack version of the missile has been extended to 400 km from the original 290 km and its speed has been maintained at Mach 2.8 which is nearly three times that of sound. India has already deployed a sizeable number of the original BrahMos missiles and other key assets in several strategic locations along the de-facto border with China in Ladakh and Arunachal Pradesh.

The test-firing of the missile comes at a time India and China are locked in a bitter border standoff in eastern Ladakh. "BrahMos surface-to-surface supersonic cruise missile featuring indigenous booster and airframe section along with many other 'Made in India' sub-systems was successfully flight tested for designated range at 1030 hours today," the defence ministry said.

In a statement, it also said the successful launch has paved the way for the serial production of the indigenous booster and other indigenous components of the powerful BrahMos weapons system.

Prime Minister Narendra Modi congratulated scientists and engineers after India successfully test-fired a new version of the surface-to-surface supersonic cruise missile BrahMos having a range of around 400 km.

"Brahmos Supersonic Cruise Missile has achieved yet another milestone with successful test launch showcasing enhanced operational capabilities and additional indigenous technologies. Congratulations to all the scientists and engineers. DRDO, BrahMosMissile," he tweeted.

Defence Minister Rajnath Singh congratulated all the team members of the Defence Research and Development Organisation and BrahMos for the mission. "Congratulations to Team DRDO and Brahmos for the successful flight testing of BRAHMOS Supersonic Cruise Missile with Indigenous Booster and Air Frame for designated range. This achievement will give a big boost to India's Atmanirbhar Bharat Pledge," he tweeted.

Union Home Minister Amit Shah complimented DRDO for the successful test-firing of the BrahMos supersonic cruise missile and said the state-of-the-art weapon is a testimony of India's defence potential. The BrahMos supersonic cruise missile with several indigenous features was successfully test-fired from a test range in Odisha and it has been termed as a major step towards achieving 'Atmanirbhar Bharat' pledge.

BrahMos Aerospace, an India-Russian joint venture, produces the supersonic cruise missile that can be launched from submarines, ships, aircraft, or from land platforms.

In May 2019, the Indian Air successfully test-fired the aerial version of the BrahMos missile from a Su-30 MKI fighter aircraft. The BrahMos missile provides the IAF a much-desired capability to strike from large stand-off ranges on any target at sea or on land with pinpoint accuracy by day or night and in all weather conditions.

The IAF is also integrating the Brahmos supersonic cruise missile on over 40 Sukhoi fighter jets which is aimed at bolstering overall combat capability of the force.