Delhi court on Saturday (January 25) allowed the lawyer of the convicts to take a photocopy of painting and notebook titled `Darinda` written by convict Vinay in prison. 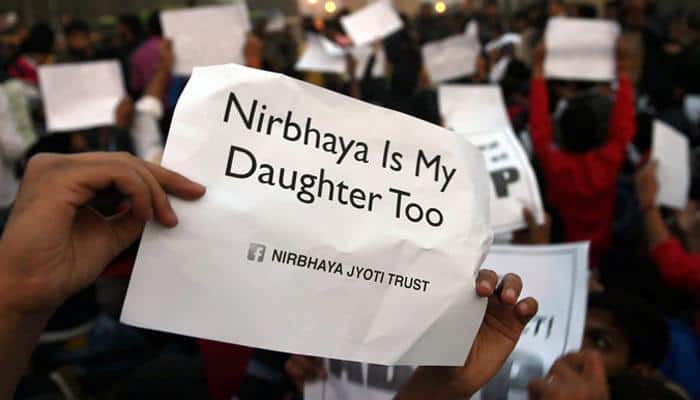 New Delhi: In Nirbhaya gang rape and murder case, a Delhi court on Saturday (January 25) allowed the lawyer of the convicts to take a photocopy of painting and notebook titled `Darinda` written by convict Vinay in prison.

The court also disposed of the application observing that no further direction is required in the matter while hearing an application that sought directions to Tihar Jail authorities to provide documents needed to file curative and mercy petitions for three of the convicts.

Session Judge Ajay Kumar Jain observed, "The jail authorities have already complied with the request made by convicts by supplying the documents, whatever lying with them and today also brought, paintings, diary (Darinda) for supply. In view thereof, no further directions for the supply of any documents required."

Further, the court directed the authorities to hand over a copy of the paintings and the notebook to the counsel for convicts in the court today itself.

Appearing on behalf of the convicts, advocate AP Singh told the court that while he had received some documents late on Friday, the 160-page personal diary of convict Vinay and some medical documents have still not been forwarded. He said that he needs the documents to file a mercy petition on the convict`s behalf.

Public prosecutor Irfan Ahmad, however, accused Singh of using "delaying tactics" and said that all the relevant documents have been sent to the lawyer of the convict, adding "We just have one painting and one dairy written by Vinay. The title of that dairy is Darinda. We are ready to supply these documents right now."

Singh further claimed that convict Vinay is not well and needs medical treatment, adding "Jail authorities are going to hang four men and that is going to be history. I plead for better treatment. Earlier Pawan (another convict in the case) was brutality beaten in Mandoli jail."

On Friday, Singh had filed an application before the court seeking "urgent directions" to Tihar Jail authorities to provide documents needed to file curative and mercy petitions for three of the four convicts -- Vinay Sharma, Pawan Kumar Gupta, and Akshay Kumar Singh.

The hanging of all four convicts is scheduled to take place on February 1 at 6 am.

Notably, 23-year-old Nirbhaya was gang-raped and brutally assaulted on the intervening night of December 16-17, 2012, in a moving bus in south Delhi by six people before she was thrown out on the road. She was flown to a hospital in Singapore where she died.