Admiral Lanba, who is on a four-day visit to the United Kingdom, added that China has invested much more than any other nation in shipbuilding. 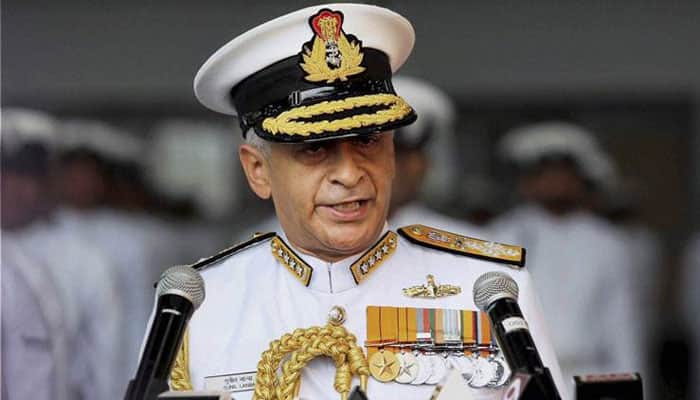 LONDON: Navy chief Admiral Sunil Lanba on Thursday said that the growing presence of Chinese ships and submarines in the northern part of the Indian Ocean is a challenge for India but New Delhi is closely monitoring the situation in the region.

Admiral Lanba, who is on a four-day visit to the United Kingdom, added that China has invested much more than any other nation in shipbuilding.

It is to be noted that China has already acquired a logistic base at Djibouti and Beijing has also secured the acquisition of the Hambantota port in Sri Lanka on a 99-year lease.

China and Japan have long-running maritime disputes in the East China Sea and Beijing stakes claim on 90 per cent of the South China Sea, despite objections from Vietnam, the Philippines, Malaysia, Brunei and Taiwan, PTI reported.

"No nation has invested as much as China in shipbuilding. It is a challenge; we keep a close eye on their presence and deployments... It is here to stay," Admiral Lanba said during a conversation at the Institute of Strategic Studies.

The Navy chief added that around six to eight Chinese naval ships are always present in the northern part of the Indian Ocean and India is aware of their movement.

During a discussion on 'Martime strategy and its contribution to the Indo-Pacific and global commons', Admiral Lanba said that New Delhi does not see any "no post-Brexit challenges" but is rather hopeful of establishing greater synergies with the UK in naval co-operation.

"Over the years, our multi-faceted bilateral relations have grown from strength to strength to a sustained and mutually beneficial friendship. We have a common perspective on maritime challenges and agree to developing a cooperative framework to face them," Lanba said.

"The maritime bonds between our two countries have been further cemented to a deepening defence cooperation. Konkan, the bilateral naval exercise, is the cornerstone of our maritime cooperation and the UK has been a preferred port of call whenever we operate in the northern Atlantic," he added.

During his stay in the UK, the Navy chief is also scheduled to meet the UK Chief of Defence Staff. He will also visit the Naval Base in Portsmouth for a tour of the HMS Queen Elizabeth carrier.