Although China has lifted its tents, military and military equipment from the LAC, its propaganda machinery is very active in launching campaign against India's aggressiveness on the border. 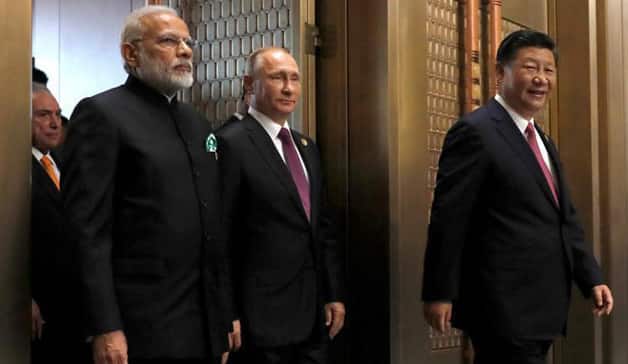 New Delhi: The latest satellite pictures from the Line of Actual Control (LAC) show that China has vacated the Galwan Valley area, where on June 15 night the Indian Army and PLA troops had a violent scuffle. The Chinese army has also uprooted its tents, moved trucks, and other military equipment from the spot but at what cost. This DNA report will throw a light on China's misadventure that cost dearly to President Xi Jinping, whose expansionist agenda has also been exposed.

In the border row with India, China appears to have lost on several other fronts, and President Xi Jinping's vaulting ambition to emerge as the most powerful global leader has also been hit. On the contrary, Indian Prime Minister Narendra's shrewd diplomacy has earned global respect. He is being seen as the leader who compelled China to come to a negotiation table, agreeing to contribute to the disengagement process in a positive way.

The DNA analysis has summarised China's loss in the following points:

1. For the first time after 1979, China lost its troops in the border clashes

2. China has also lost a big market like India in the wake of the border dispute

3. Chinese companies will no longer be able to invest in Indian firms

5. China has suffered a diplomatic debacle in the world, as no big country is currently standing with it

If countries like India, America, Europe, and China's neighbouring countries completely boycott it then the Communist nation, whose factories are dependent on these big global markets, will be left with the support of countries like Pakistan and North Korea and will meet the similar fate in all likelihood.

Notably, the withdrawal of Chinese troops is based on the available photos received through American satellite. One photo is from June 28, showing the PLA position at the Galwan Valley and the second picture is of July 6 in which the whole area is seen empty.

On Monday, there were reports that the Chinese Army was moving its military equipment a few kilometers behind from the LAC in the ​​Galwan Valley, Hot Springs, and Gogra. It was, however, stated that the Indian Army will verify it for 72 hours because of the earlier breach of trust by China. The new satellite photos have been released by America's Space Infrastructure and Earth Intelligence Company Maxar Technologies.

Although China has lifted its tents, military and military equipment from the LAC, its propaganda machinery is very active in launching campaign against India's aggressiveness on the border while showing China merely protecting its sovereignty.

A programme on China's state-run TV channel CCTV Four on Monday telecasted as to how China protected its sovereignty in the Galwan Valley and how the situation has been stabilized.

Through this CCTV Four channel, one of the six TV channels of China Central Television, China wants to tell its people that it has responded to India's aggressiveness on the border and also forced India to retreat. Apart from this, the TV channel programmes are also trying to restore the image of President Xi Jinping that has been dented to a great extent in confrontation with India.